Stargazers in most parts of the country should be able to catch a glimpse of a meteor shower early tomorrow morning if skies are clear. 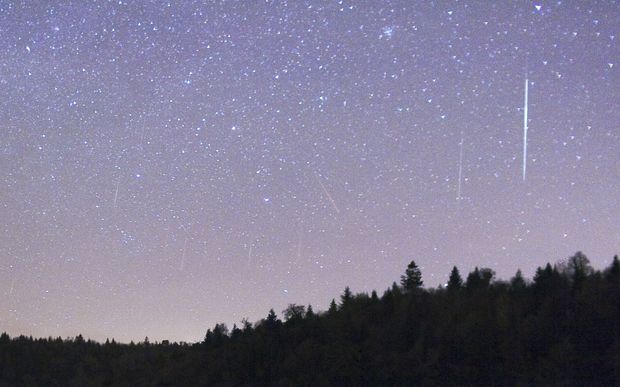 Experts say the Geminid meteor shower can, at its peak, produce between 50 and 100 shooting stars every hour.

Auckland Astronomical Society spokesperson Andrew Buckingham said it would be well worth staying up for.

"It's low in the sky for people in New Zealand with the constellation Gemini and you'll see it after midnight, peaking at around 2am, between 2am and 3am."

Mr Buckingham said it would look like a little fireworks show for those lucky enough to see it.

Robert Massey of Britain's Royal Astronomical Society said the shower was an annual occurrence which happened when the Earth crossed paths with a trail of rocky debris left behind by an asteroid.

"It's a natural firework display, you need no special equipment to look at them, you just need to have reasonably good eyesight and be away from city lights."

MetService said it was set to be cloudy overnight for the Northland, Auckland, Waikato and Bay of Plenty regions but clear in other parts of New Zealand.