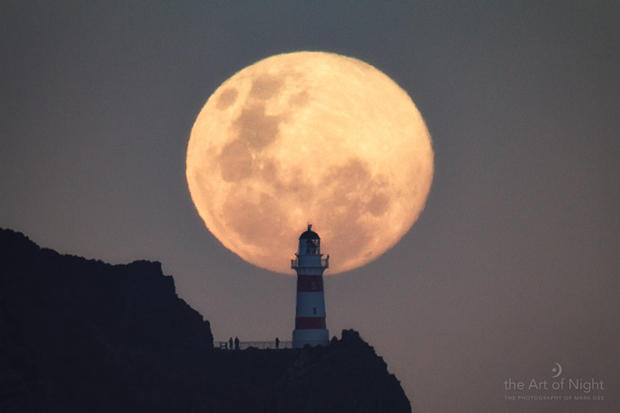 The largest full-moon of the year rose over the country on Monday morning.

A so-called supermoon happens about once a year when the full moon co-incides with the moon reaching the closest point in its orbit around the earth.

That makes the moon appear about 15 percent bigger and 30 percent brighter than when it's at its furthest point from earth.

He said it was the closest it had been for a couple of decades, but the supermoon was not that different to a normal full moon.