New Zealand now boasts one of the largest radio telescopes in the southern hemisphere linking it to a global network, CARLA PENMAN reports.

The 30-metre telescope, based at the Warkworth Radio Astronomical Observatory north of Auckland, used to operate as a Telecom satellite dish until 2010. It is now owned by AUT University and was used for the first time on Friday.

Watch how the telescope will be used 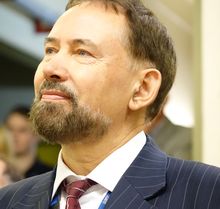 Dr Lewis Ball, the director of Sydney's CSIRO Astronomy and Space Science, said the telescope will boost New Zealand's role in linking with a global network of other radio telescopes.

Dr Ball said it will enable scientists to better understand the Earth's tectonic plates, the formation of stars and the Milky Way's centre.

"It has a very significant impact in increasing the capability of that network of telescopes that we use to do fundamental astronomy," he said.

Sergei Gulyaev, the founder and director of AUT's Institute for Radio Astronomy and Space Research, said the telescope will first be used as "a methanol machine" to study star formations.

It will then be used to look at tectonic plates and this will be of particular use in earthquake-prone New Zealand, he said

Professor Gulyaev said he hoped that work would lead scientific advances in understanding the movement of tectonic plates.

In addition to allowing scientists to see distant objects in finer detail, the telescope will later be able to use the slight differences in arrival time of natural radio signals emitted from quasars to determine very precisely - within 2 cm or so - the distance between different radio-telescopes on Earth.

By making measurements over several years, astronomers will be able to chart changes in the relative position of the tectonic plates under those radio-telescopes, using the stars as a reference frame.