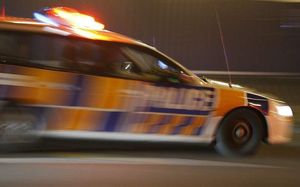 The police were chasing a stolen BMW after an armed bank robbery in September last year.

Road spikes were laid but the driver, Michael Rai, avoided them the first time by going on the wrong side of the road and through red lights.

The high speed chase continued after Rai dodged a clump of spikes a second time.

He was driving at 160 kilometres an hour when he hit Hugh Foster in his ute.

The IPCA said police failed to comply with policy and their use of road spikes was haphazard and risky.