Internet entrepreneur Kim Dotcom claims authorities are trying to lock him up again after he spent $10 million on his defence, ran out of money and got dumped by his legal team. 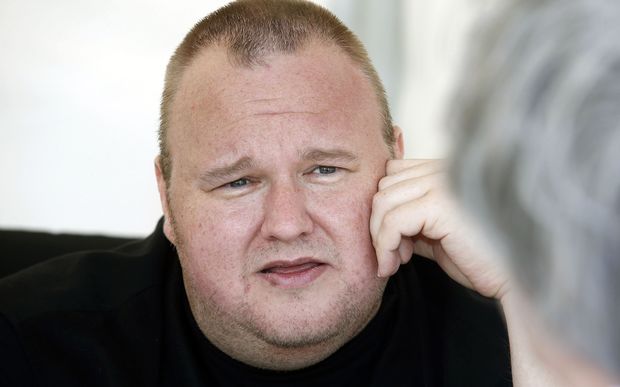 Internet entrepreneur Kim Dotcom is due to reappear in court tomorrow. Photo: REUTERS

Mr Dotcom is due to appear in court again tomorrow as part of his long-running court battle to fight extradition to the United States on copyright charges, and is under strict bail conditions.

He has been tight-lipped about why his high-profile legal team had recently decided to drop his case but via a video link he has told a digital media conference in London it was because he ran out of money.

Mr Dotcom told the Unbound Digital conference he had spent $10 million on the legal battle.

"They have certainly managed to drain my resources and dehydrate me and without lawyers, I'm defenceless, so they use that opportunity to try to get my bail revoked," he said.

"That's what I'm facing on Thursday."

Mr Dotcom said he had become a bigger political target since starting the Internet Party.

"New Zealanders unfortunately, they have bought into that narrative and today I'm a pariah. The witch hunt worked and everyone wants to see me burn," he said.

Mr Dotcom joked with the conference audience that it might be his last public appearance.

He is now being represented by lawyer Ron Mansfield, and has to obey strict bail conditions until the hearing.

A Ministry of Justice spokesperson said Mr Dotcom had not applied for legal aid.