A special screening of the third Hobbit movie is being held in Wellington to coincide with the world premiere in London.

The Hobbit - The Battle of the Five Armies will screen at the Roxy Cinema in the suburb of Miramar at 8.30am next Tuesday.

Billed as a red carpet live feed from the London premiere, the event is surrounded in secrecy, with emails sent out to a select group, asked not to speak publicly until details are released later today.

The event follows a screening on 6 November when winners of a global competition watched the uncut version of final part of the trilogy with director Sir Peter Jackson at the film company's Miramar headquarters. 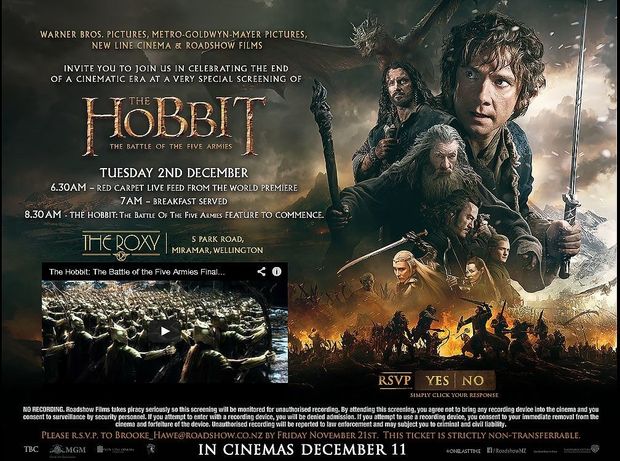