About 200 people have protested outside the High Court in Auckland this afternoon, over the failure of police to prosecute anyone in connection with a group of teens who boasted online of sex with underage girls. 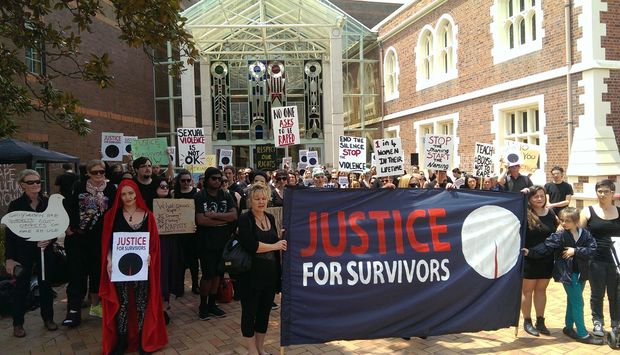 Police investigated complaints made over the so-called 'roast busters' group but said they did not have evidence strong enough to bring prosecutions.

An organiser, Jessie Hume, said that represented the one percent of people who lodge sexual assault claims, whose complaints result in court action.

She said she had spoken to many rape survivors among the protesters and they wanted the Government to step up and ensure their voices were heard.