The Wellington Coroner has ordered extra security at an inquest into the death of a jogger who died after running into a bus in the capital in 2011. 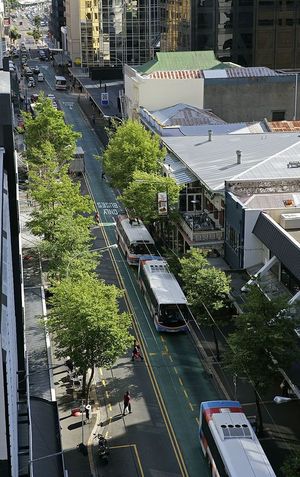 The move follows a walk-out by Venessa Green's family, who became distressed at the behaviour of a transport lobbyist during his cross-examination of witnesses today.

Before he died, Wellington Coroner Ian Smith gave Benjamin Easton approval to represent lobby group The City is Ours at the inquest.

That group fought a lengthy battle to overturn a Wellington City Council decision to re-route buses through the capital, claiming the new routes were too narrow and dangerous to pedestrians.

During the inquest into Ms Green's death, Mr Easton has closely cross-examined police officers, engineering experts and council witnesses about the authorisation of the bus lanes, their safety and any improvements which could be made to them.

When cross-examining an expert engineer today, he suggested that bus lanes should be painted blue instead of green, which he said could look like grass to runners and children.

He was also reprimanded when he told a witness his evidence was wrong, with Coroner Gary Evans saying even he was not allowed to say that to witnesses.

Family members became distressed this morning, prompting Ms Green's brother, Aaron Green, to ask the Coroner if he could try to ensure the inquest stayed focused on relevant issues.

Late today, Ms Green's mother, Marlene Green, pleaded with the Coroner to stop Mr Easton's intensive questioning of a council witness because it was distressing the family.

It was then the Coroner said he would bring in extra security tomorrow.

Outside the court, Mr Green said the family understood Mr Easton had a right to be at the hearing but they wished he would be more succinct in his questioning.