The seventh round of 1080 poison drops in the South Island begins today - targeting pests which prey on the mohua, or yellowhead - in the Catlins in South Otago. 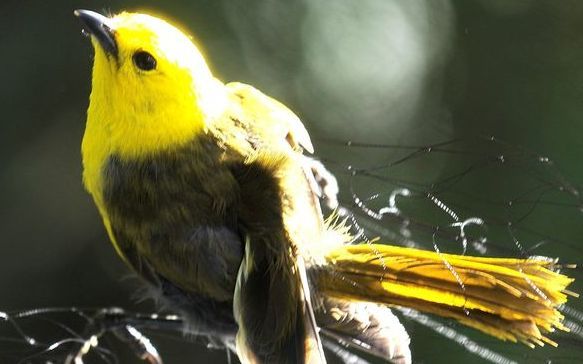 A beech mast causes a rise in rat and stoat numbers, which in turn affects birds including the mohua (yellowhead). Photo: Department of Conservation

The Department of Conservation (DOC) has been dropping the pellets across the South Island to prevent a plague of predators, which feed on the beech fruiting that occurs every few years.

DOC's southern region services manager Allan Munn said today's 1080 drop contained harmless pellets, which will be followed in a few days with lethal pellets when the rats have become accustomed to eating them.

"The Catlins is one of the places that it has masted, or seeded, and the predator numbers have increased.

"The rats increase in number and as a consequence of that, there's more food for things like stoats, and more birds get eaten."

Mr Munn said DOC had now completed 60 percent of the 1080 drops it was aiming to complete over South Island forest.