The Dunedin City Council has got half its money back from the Citifleet scandal, thanks to a fraud insurance payout. 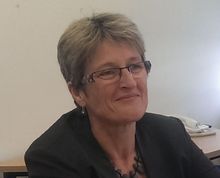 In August this year, the council went to police alleging that 152 fleet vehicles worth $1.5 million had been sold over the course of a decade and the proceeds pocketed.

Three senior managers have resigned, and several junior staff have been through disciplinary action.

Despite no official findings, the council said its insurer QBE had agreed to pay it $750,000 under a $1 million fidelity insurance policy and was still negotiating about the other $250,000.

The South Island council said any money recovered from vehicle sales would be used to reimburse QBE.

The council's chief executive, Sue Bidrose, said she is pleased to have recovered some ratepayer money.