One of the Dunedin City Council's most senior managers has resigned over the Citifleet fraud investigation. 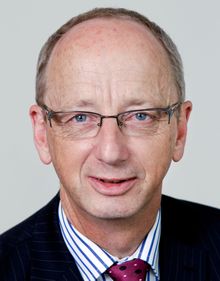 Last week, the council went to police with evidence that 152 fleet vehicles worth $1.5 million were sold over a decade and the proceeds pocketed.

The police action was a result of accounting firm Deloitte investigating the Citifleet and Citipark departments, after the sudden death of long-standing team leader Brent Bachop.

Tony Avery, the council's general manager of Infrastructure and Networks, resigned today over the case. He was the senior manager in charge of Citifleet and Citipark.

Council staff were told this afternoon.

In a statement, Mr Avery said he was not involved with and did not know about the fraud, but relied on internal financial controls which let him down.

Mr Avery said he is saddened that the actions of one dishonest staff member have sullied the good name of the city's staff and accepts that the management buck stops with him.

He will continue working at the South Island council for some months until he is replaced.