The council announced today that financial controller Maree Clarke will leave by Christmas. 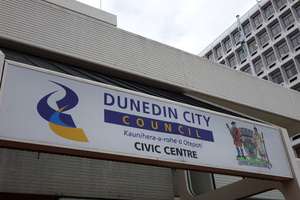 In August, the council went to police alleging that 152 fleet vehicles worth $1.5 million were sold over a decade and the proceeds pocketed.

The investigation has centred on long-standing team leader Brent Bachop, who died suddenly in May, but the council has been going through disciplinary procedures with five staff over financial controls.

The council says Ms Clarke is well regarded and not aware of the fraud, but the responsibility for finance reporting and controls sits with her.

The council says there are suggestions the scam began well before 2003, but it would cost too much to prove it. Brent Bachop had been in charge of the fleet since 2003, when financial records began being computerised.

The council's chief executive, Sue Bidrose, said there are suggestions that the scheme was going on for a long time before that, but only paper records exist.

Dr Bidrose said she has decided to restrict the investigation to 2003 onwards because going back further would not be cost-effective.