The forestry industry's weak safety culture must be changed to stop injuries and save lives, a major review has found.

The Independent Forestry Safety Review panel this morning released its final report outlining a string of recommendations to be implemented over three years. 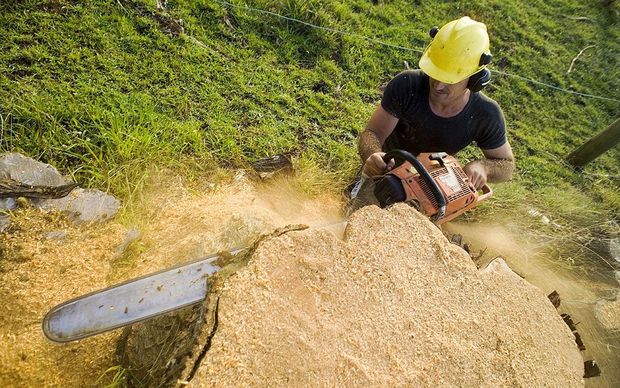 The panel said mandatory standards for health and safety were not consistently being met. Photo: PHOTO NZ

The report said forestry was the most dangerous industry to work in, with more than 1000 serious injuries and 32 deaths between 1 January 2008 and 31 December 2013.

Mike Cosman, a member of the review panel, said while investigating he saw serious flaws in basic safety, and work conditions that were well below standard.

"Pretty incredible what some of the guys were doing - the steepness of the slopes that they're working on, the fact that they're having to work in all weathers, that makes it very challenging.

"And then when they've worked for four or five hours, the fact that many of them had nowhere really where they could go and take a break, apart from maybe sitting in the vehicle or sitting out in the bush."

Mr Cosman said many workers he spoke to had no idea whether their work status was that of a company employee or contractor.

The three-person panel listed measures it wants implemented over three years, including certifying all contractors, setting up a safety group and putting clear rules around issues such as how to deal with fatigue.

One contractor, Rotorua forester Jacob Kajavala, said the review was a huge turning point for New Zealand's most dangerous industry.

He described it as a watershed moment in altering a pervasive attitude where safety lagged behind profit.

Mr Kajavala said the language used by the entire industry moved safety to the highest priority.

He was hurt when a very large tree he wrongly cut up hill slid down on to him.

"I had taken shortcuts before and they'd all been fine, so I thought I'd be fine this time."

A man whose son died in a forestry accident said operators who were not willing to adopt new safety recommendations needed to leave the industry.

Wiremu Edmonds' son, Robin Ruri-Epapara, was 23 when he was crushed by a falling tree in the Waione Forest near Rotorua in March last year.

Mr Edmonds says the onus is on business owners and contractors to put the recommendations in place.

"If they're not willing to work together then I'd say that you need to leave the industry. What other choice do you have? Because the expense of a life - it's too expensive."

Mr Edmonds said employers' integrity would be measured by what they did from now on.

Action group to be set up

The panel is calling for a Forestry Leaders Action Group (FLAG), made up of government, industry and workers to oversee the changes. It wants it to be set up within three months.

A Safety Action Plan should also be drafted by January. It would focus on delivering the recommendations, including a new charter or pledge for industry leaders, against which organisations and people could be held to account.

In the report, chairperson George Adams said competing economic tensions had led to a dangerous blame culture and a weak safety culture in the industry - and that needed to change.

"We have found that the current mandatory standards for health and safety are not consistently being met across the sector," he said.

"But the sector needs to realise that mandatory standards are just that - mandatory. They are not 'nice to haves' in time of profit and prosperity."

However, Mr Adams did acknowledge some in the industry were doing things right. 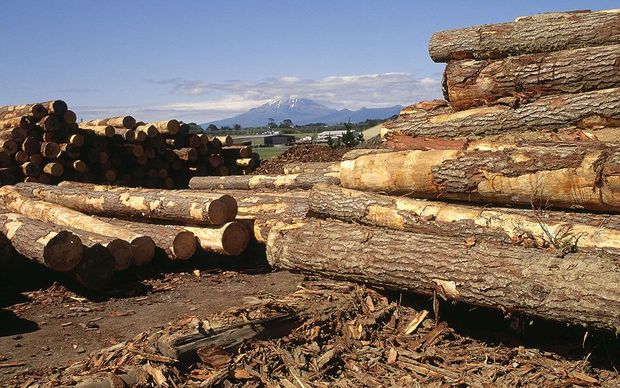 The review was commissioned by industry associations. Photo: PHOTO NZ

The review panel said a culture shift was key to preventing more deaths and injuries, with management needing to make a commitment to meet mandatory standards.

Among the review recommendations, the panel said there should be clear and consistent guidelines to support safe work.

It also suggested an industry-led contractor certification scheme to be delivered in stages over a three-year period.

Once it is set up, the Forestry Leaders Action Group should look at how government and industry can work together to address the lack of data on near-misses, injuries and deaths in the industry, the review panel said.

"It is also essential that the sector puts in place an evaluation plan that enables it to determine the success of the recommendations in this review," it said.

The Labour Party says the Government will have to help the forestry sector make a culture shift in order to stop people being killed on the job.

"Government's going to need to step in and be actively invovled as well. We want to see consequences for not changing because there's got to be carrot and stick here.

"The carrot's already out there - the forestry sector wants to change becuase they want to improve their image and they want to make sure they're looking after their workers - but there's got to be consequences for them if they don't as well."

Mr Hipkins said forestry companies should be held responsible for accidents and penalised.

"It is unacceptable to have any forestry workers seriously injured and killed on the job," he said.

"Everyone who works in our industry has the right and responsibility to return home safely at the end of the day."

Mr McCallum said the majority of members want new safety measures put in place and once the recommendations had been studied, decisions would be made about implementing them.

The review was commissioned by industry associations. The panel began work in February and heard from more than 540 forestry sector stakeholders, received 111 submissions and had more than 330 workers complete the Forestry Worker Survey.