Nearly a quarter of all workers in the forestry, fishery and agricultural sectors were injured last year on the job - and the Green Party says it has got to stop. 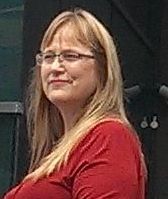 Statistics New Zealand has released ACC figures showing 226 workers per thousand in the primary sector had claims accepted in 2013 for workplace injuries.

Green Party industrial relations spokesperson Denise Roche said the primary sector has been consistently on the wrong end of accident statistics for the past 12 years and also has appalling workplace death rates.

Ms Roche said the industry and the Government need to introduce some minimum safety standards to protect New Zealanders.

"You've got a one in four chance of getting injured if you work in this sector, and what it means is that the industries really have to up their game about health and safety for workers.

"There needs to be some regulation because voluntary regulation hasn't worked - it certainly hasn't worked in the forestry sector - and the Government has really sat on their hands on this issue if you look at the horrendous death rates in that sector alone over the last year or so.

"So what we can be doing is making dure that WorkSafe actually work with the sector to introduce some minimum standards about working conditions - things like not taking risks during bad weather, for example."

Ms Roche said the Health and Safety Ammendment Bill currently before a parliamentary select committee needs to be passed promptly.

The final report of an independent panel, set up this year to conduct a review into safety in the forest sector, will be released later this month.