Shoppers are being told not to expect a price cut on their dairy products, despite another sharp fall in world prices of 7.3 percent in an international auction overnight.

International dairy prices have nearly halved since February this year, but Consumer New Zealand says people have been paying more, not less for their milk, cheese and butter. 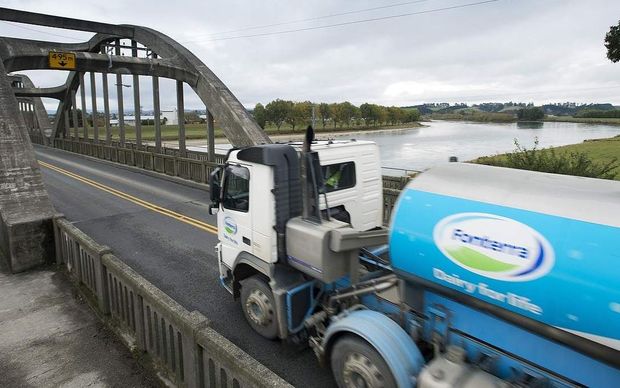 The consumer watchdog's chief executive, Sue Chetwin, said while the food price index has risen by less than 1 percent in the year to August, cheese is up more than 5 percent, milk up 11 and butter 13 percent higher.

Supermarket chain Countdown said it is up to the suppliers like Fonterra to cut prices, which it would then pass on to consumers.

But Rabobank analyst Hayley Moynihan said there would not be any price cut until next year.

Another blow for farmers

The latest fall in wholesale dairy prices suggests Fonterra's milk payout is likely to fall further, which could take about $6 billion out of the economy compared with last season.

Some farmers are expected to come under pressure as prices continue to tumble. Prices dropped sharply by 7.3 percent in the latest international auction. Benchmark whole milk powder prices plunged 10 percent and butter dropped 6.6 percent in price.

The fall in the GlobalDairyTrade auction overnight means milk powder prices have now more than halved since the start of the year. ANZ Bank is forecasting the payout will fall to $4.85.

Industry body Dairy NZ said the price drop is a further blow for farmers already struggling to make ends meet. General manager of policy and advocacy, Kimberly Crewther, said a portion of farmers will struggle and they are advised to look at cost structures and on-farm efficiencies.

"The lower prices are putting pressure on farmers and on payout. The positive factor, if there is a positive factor, is that we had very good payouts last year, so for those farmers that are supplying the co-operatives, that is still coming through."

"It's been very difficult for people to budget and make their budgets balance. It will affect everybody, I can't see how you couldn't be affected by it. We can't increase our staff numbers because we just don't know what the final milk price will be for farmers so that's creating some further uncertainty." 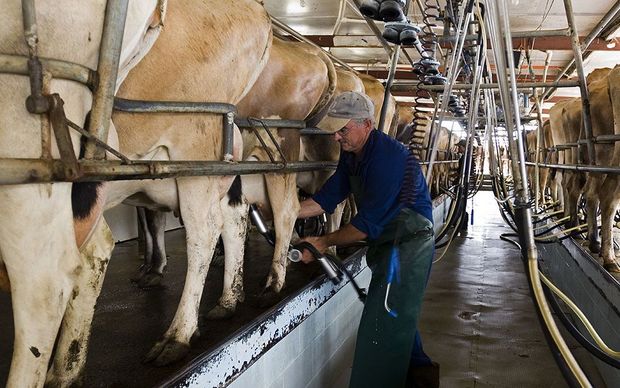 ANZ Bank, in forecasting a $4.85 payout, is assuming dairy prices will recover but that whole milk powder prices will not reach the $US3500 per tonne required for Fonterra to meet its current forecast.

Whole milk powder fetched less than $US2500 per tonne in last night's auction. If ANZ's forecast turns out to be correct, it would be a ht of 2.5 percentage points to the country's economic growth. The economy grew 3.5 percent in the year ended June.

The plunge in world dairy trade prices has caught analysts by surprise. NZX Agri today lowered its forecast for farmgate milk prices to $5.05 a kilogram - well below Fonterra's current forecast of $5.30.

Ms Kilsby said there would be no spare cash for spending or repaying debt, and farms with a lot of debt would face a real challenge. However, she believed most should weather the storm.

If dairy prices remain where they are for the rest of the season, a payout of just $3.90 per kilo of milk solids is on the cards, she said.

Specialist agribusiness bank Rabobank is predicting it could be well into next year before international dairy prices show any real signs of recovery.

Fonterra has previously said consumers are unlikely to see a big difference because it shielded them from increases when the wholesale price was high.