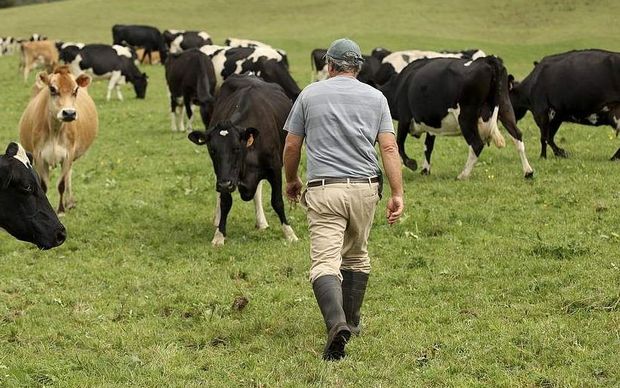 The survey said falling dairy commodity prices and lower milk prices were the main influence on that.

Dairy farmer confidence has taken the biggest hit in the quarterly survey. In contrast, the improved outlook for sheep and beef farmers was keeping them relatively optimistic.

Overall, 37 percent of farmers have a negative outlook for the economy for the next 12 months, compared with 24 percent at the previous survey.

Those with a positive view fell from 25 to 20 percent, while 42 percent expect conditions to stay the same.

Rabobank Waikato and King Country regional manager Paul Lamont said the less confident outlook among dairy farmers could have implications for the rate of dairy farm conversions and the decline in sheep numbers.

"So because of the relative incomes of what you can get off land, especially in Southland for example where there is still lots of convertible land, because the expectation is that dairy incomes will drop and sheep and beef incomes will rise, then probably it will lead to fewer farms being purchased for conversions, certainly in the short term.

"There will be a number of conversions, of course, that are already committed to take place over the current season and they'll probably continue but, at these figures, we suggest there will be less appetite for farms to be purchased for conversion over the coming season and, as a result, the drop in the sheep flock that we've seen over recent years, will probably slow down."