Fonterra dairy co-operative has confirmed a record milk payout for the past season. But it has also lowered its forecast for this season's milk price payout for a second time, a move that will put some farmers under financial pressure. 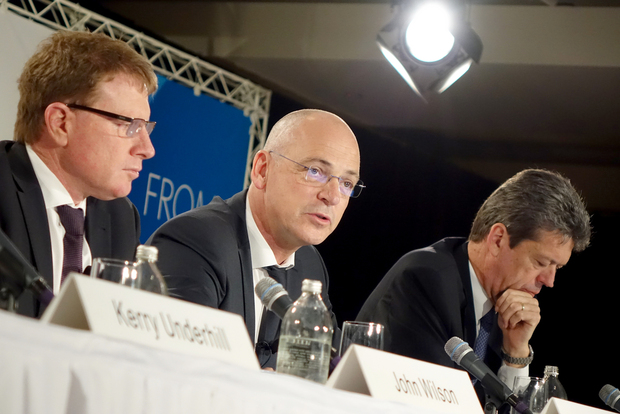 The lower price payout was widely predicted, and comes in response to a slump in international dairy prices.

Fonterra has dropped the forecast payout from $6 a kilo of milk solids to $5.30, but with an increased dividend range of 25 to 35 cents a share. The company also announced a 78 percent fall in annual net profit.

Fonterra's net profit for the year ended July fell to $157 million from $718 million the previous year.

Federated Farmers said if the payout for the season stayed at that level it would place farmers with high debt levels under further strain.

But they will get some relief from Fonterra's confirmation of its highest ever payout for the 2013-14 season: $8.40, with a 10 cent dividend on top of that.

Company chairman John Wilson said this was the highest payout Fonterra has ever paid its 10,500 farmer shareholders and represented a boost of more than $13.3 billion to the economy from the last season.

Prior to Fonterra's announcement, Canterbury dairy company Synlait Milk this week dropped its forecast milk price from $7 to $5, and the second biggest dairy processor, Open Country, forecast a price ranging from $5.10 to $5.30.

Westland Milk Products co-operative recently reduced its milk payout forecast to between $5.40 and $5.80.

The plunging international dairy prices and milk payouts have hit farmer confidence for six. That showed up in Rabobank's latest rural confidence survey, which put farmer optimism at its lowest level in two years. 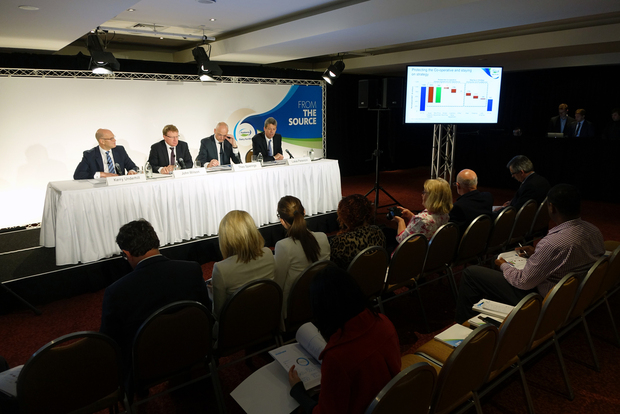 Rabobank's regional manager for Waikato and The King Country, Paul Lamont, said the quarterly survey coincided with one of the recent global dairy trade auctions when prices fell by 6 percent and that was probably on the minds of dairy farmers in particular.

"Thirty-seven percent of farmers have a negative outlook for the economy for the next 12 months, compared with 24 percent at the previous survey. And those with a positive view decreased from 25 to 20 percent at the last survey," he said.