A dairy trade analyst is expecting Fonterra to lower its forecast milk payout again when it announces its annual results next week, despite prices stabilising in today's global dairy trade auction. 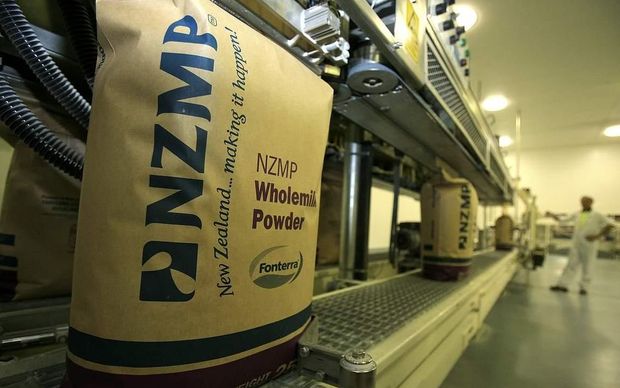 The overall price in the dairy trade index edged up by just a third of a percent to $US2795 a tonne, though it remains at its lowest point since July 2012.

Dairy commodity prices have fallen 45 percent since peaking on 4 February this year at $US5042 per tonne.

A senior dairy analyst with NZX Agrifax, Susan Kilsby, said the latest auction was a positive result, especially for milk powders, but thinks Fonterra's milk payout will have to come down a lot further than its current forecast of $6 per kilo.

"I'm pretty sure they'll be revising that payout down. I just can't see a $6 payout being feasible, even with some stability in prices and maybe signals that prices are moving higher.

"When we do the numbers we see it more in the low fives, around about $5.10, and that's still allowing for quite an upward movement in commodity prices in the latter half of this season into 2015.

"If you run the numbers based just on last night's auction - if those prices prevailed across the whole season, you're looking at a milk price around $4, really, so it's got a long way to climb back to get anywhere near that $6 mark."

"The main negative is that there is still a lot of milk around the world. The big producing countries the US and Europe have pretty strong milk flows.

"Then we've also got the situation where Russia has banned a lot of dairy products and, with Russia the second largest buyer in the world of dairy products, that's certainly having a negative influence over the markets overall."