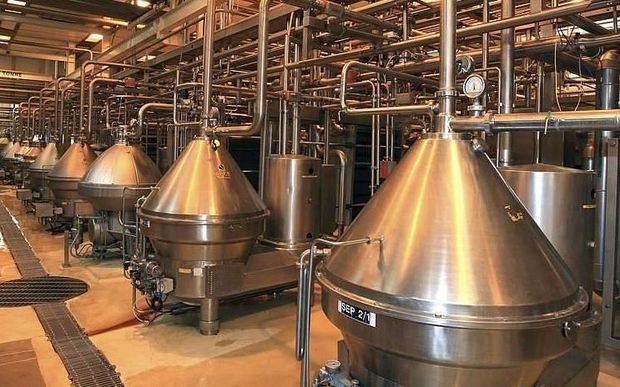 Prices in the fortnightly GlobalDairyTrade auction edged up 0.33 percent to $US2795 per tonne of milk powder - a drop of 45 percent since peaking at $5042 on 4 February.

Fonterra reports its annual earnings next week, and analysts expect that the dairy co-operative will cut its forecast milk payout from its current level of $6 a kilo of milk solids once again.

An economist at the BNZ says the flat result from the latest auction gives some hope that dairy prices have stabilised - or at least the worst of the declines are now past.

Doug Steel said today that the rising US dollar and a fall in the euro making European dairy products more competitive had suggested further price declines.

"I guess we're hopeful that this is the flaw. Certainly today's result comes with some sense of relief following the very large declines we've seen through the year in most recent auctions post the Russian import ban.

Mr Steel said the amount of movement in today's auction is "quite telling - given that there's quite a few indicators still pointing down and the fact that we actually get a flat result may be indicating that we've found a flaw, or at least we've got the biggest declines behind us.

"I think it's probably a little bit better than it looks too the flat result, given that it comes with the headwind of a decent lift in the US dollar, so these prices are priced in US currency. The fact that the dollar's lifted would have been exerting some downward pressure on price and yet we got a flat result on the day."