Social Development Minister Paula Bennett has paid tribute to the Work and Income worker Peggy Noble, who has been farewelled at a private service in Ashburton.

A gunman walked into the Ashburton Work and Income office on 1 September, killing Ms Noble and co-worker Leigh Cleveland, and badly injuring their colleague Lindy Curtis. 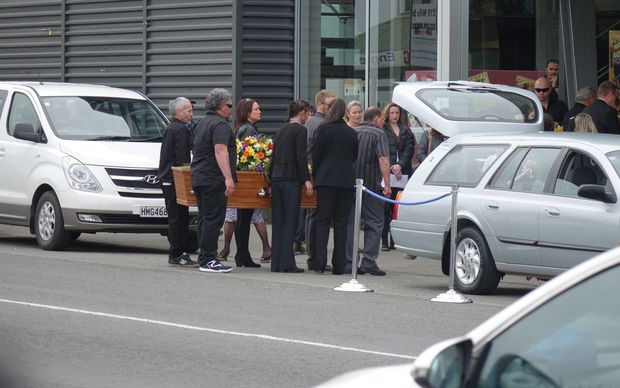 Paula Bennett was amongst 500 mourners who packed the Ashburton Trust Event Centre to pay tribute to Peggy Noble today and said a highlight was hearing stories from her colleagues and a singalong to Ms Noble's favourite song Red Red Wine.

An emotional Ms Bennett said the past week had been incredibly tough on everybody at Work and Income and she had shed tears herself over what she described as a sad and senseless incident.

Ms Curtis managed to leave her hospital bed to attend the service. Ms Bennett said it was special to see her there after everything she has been through, but it will be some time before she is back to full health.

The funeral of 55-year-old Leigh Cleveland, was held in Alexandra on Saturday.

Work and Income staff in Ashburton will be given time off on Thursday to attend a public memorial service for Ms Noble.

Ministry of Social Development and other government workers observed two minutes' silence at 9.51 this morning to honour the two women. The flag at Christchurch Central station was lowered to half mast.

State Services Commissioner Iain Rennie, who asked all state servants to take part in the remembrance, said the women killed were dedicated members of the public sector.

The ministry says all its offices, including contact centres, were to close between midday and 1pm on Thursday, as a further mark of respect.

Meanwhile, police are continuing to search for a second gun believed to be connected to the incident. 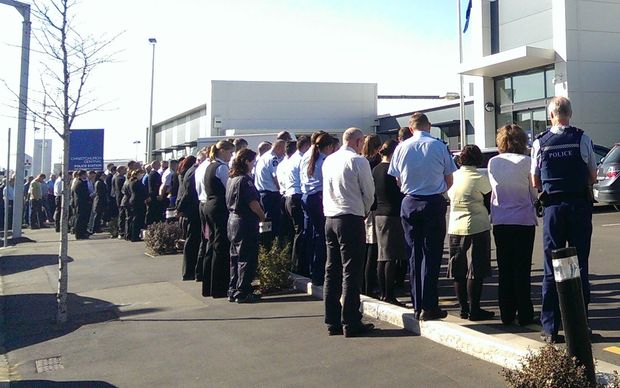 Russell John Tully has been arrested and charged with murdering Peggy Noble and Leigh Cleveland, and the attempted murder of Lindy Curtis.

Mr Tully appeared in the High Court in Christchurch on 2 September charged with two counts of murder and one of attempted murder. He did not enter a plea.

Police have spent the weekend searching a 13km stretch of scrub and bushland along the Ashburton river near the farm where the accused was arrested, just south of the Ashburton township.

A spokesperson said the search team, which included specialist firearms dog handlers and dogs from Christchurch and Wellington as well 65 Search and Rescue team members from all over the district, has located a black mountain bike with a number of personal items thought to belong to the accused.

However, they are continuing to look for any other items which could include an additional firearm and ammunition that may have been in his possession.

They are also still looking for information regarding the owner of a distinctive blue/red/yellow Challenger Sport mountain bike that was found last week. 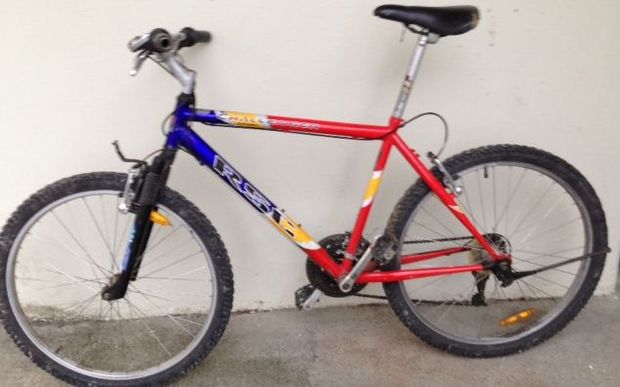 Police have located a black mountain bike, but are also seeking information about this coloured bike that was found last week. Photo: NZ POLICE