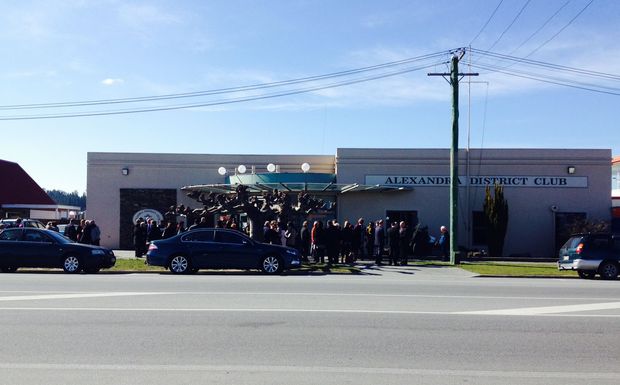 The 55-year-old was farewelled by about 300 people - including Minister of Social Development Paula Bennett - at a service at the Alexandra District Club in Central Otago.

Ms Cleveland and her colleague Peggy Noble died on Monday after being shot at Ashburton's Work and Income offices, where they worked.

Another staff member, Lindy Curtis, was seriously injured and remains in hospital.

Leigh Cleveland has been remembered as a compassionate, strong and knowledgeable woman, who had a wonderful sense of humour.

Friends who spoke at her funeral said she had settled happily in Ashburton after suffering from the trauma of the Christchurch earthquakes.

A tangi for Ms Noble will be held in Ashburton on Monday.

Russell John Tully has been charged with two counts of murder and one of attempted murder.

He entered no plea when he appeared in the Christchurch District Court on Tuesday.

He was remanded in custody to reappear on 23 September.