Competition was hot at Nelson's Saxton Field last night, but it wasn't cricket, netball or hockey. 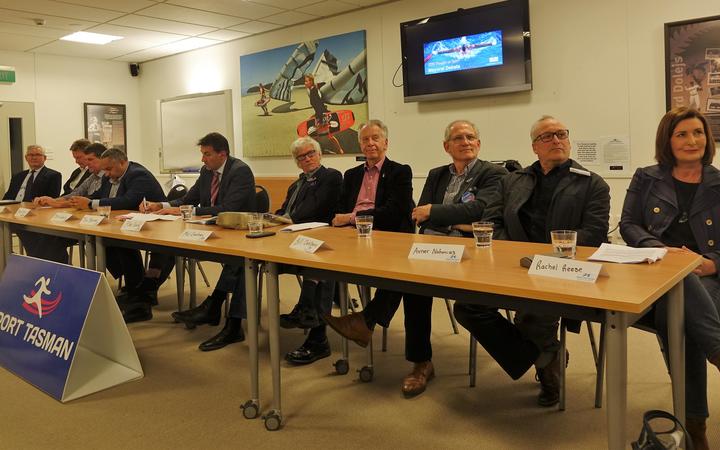 It was 10 candidates vying for two coveted spots on the podium - the mayor of Nelson City and Tasman District.

The game involved answering two key questions: Where on the priority list did each candidate place sport and recreation, and in which area might the winner invest.

The ideas for how to engage more people in sport and recreation flowed thick and fast, from new mountainbike and hiking trails, to a basketball hoop in every suburban cul-de-sac.

Tasman's Tim King said there were some "unbelievable barriers" that prevented some from giving sport a go, even in an area where access to the outdoors was second to none. 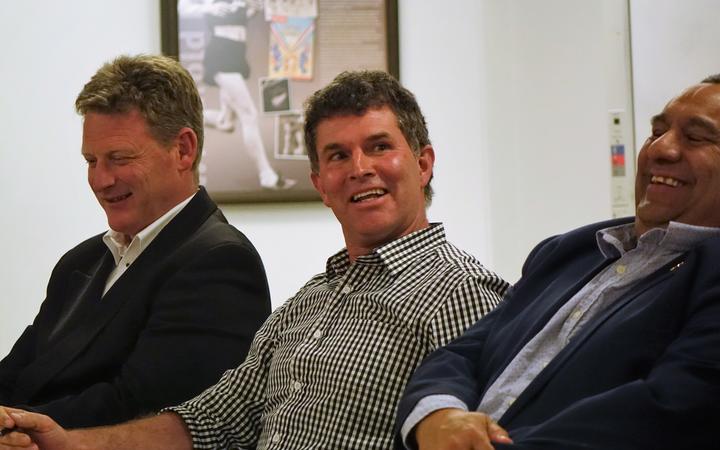 "And until you've been involved in something like (mentoring scheme) Big Brothers, Big Sisters and heard some of the stories about young people who just don't get to the beach, they don't get outside, even though they're half an hour's walk [away].

The event was hosted by regional sports trust Sport Tasman at its Saxton Field headquarters, which was on the boundary between the two local authorities.

Chief executive Nigel Muir said sport and recreation had a big reach in the top of the south.

"Nine out of 10 of the people who live in the top of the south are involved in sport and recreation, in one way, shape or form.

"One in three are involved in volunteering to help make it happen."

Nelson candidate Avner Nahmias said he wanted to focus on the one in 10 who were not engaged in a sports or outdoor activity. He said they were often the under-privileged, did not have the resources or the drive to take part, and did not have a sense of purpose.

"I have an holistic view on life and I truly believe that sports and recreation ties into health."

Veteran politician, endurance athlete and artist Mike Ward, who [. https://www.rnz.co.nz/news/national/389489/nelson-maverick-politician-artist-author-and-raconteur-announces-fifth-bid-for-mayoralty bowed out of local politics] three years ago with an impassioned valedictory speech, was now back for his fifth bid for the mayoralty 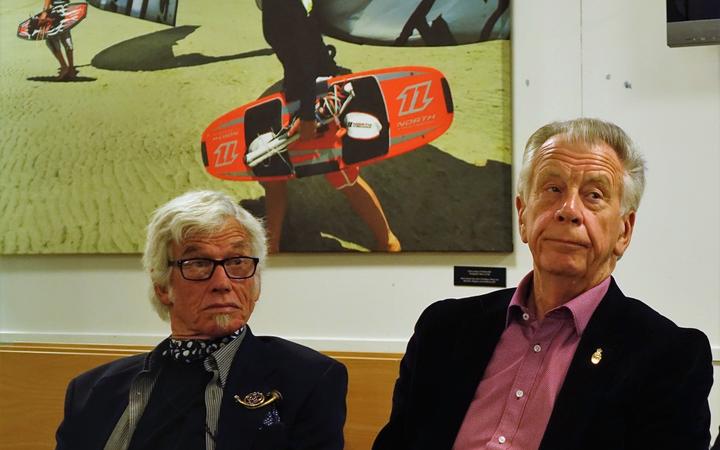 He said that at age 76, when people had started to take seriously his messages on the climate and the environment, he felt the time was now right.

Mr Ward, who has never owned a car and drowned his one and only cell phone when he entered Parliament in 2002, said climate change was more important than sport, but the two were intertwined.

He would make it his mission to encourage more locals to holiday at home, and turn Nelson into a get-fit tourist mecca.

"Just imagine if Nelson was New Zealand's premium get-fit, get active, get adventurous holiday destination, and we took the money we were going to spend flying to Bali or Bangkok and stayed right here - or came to visit gorgeous, adventurous and fun Nelson," Mr Ward said.

Nelson's incumbent Rachel Reese, who wanted a third term, said the region's identity was embedded in sports and recreation, and the outdoors. 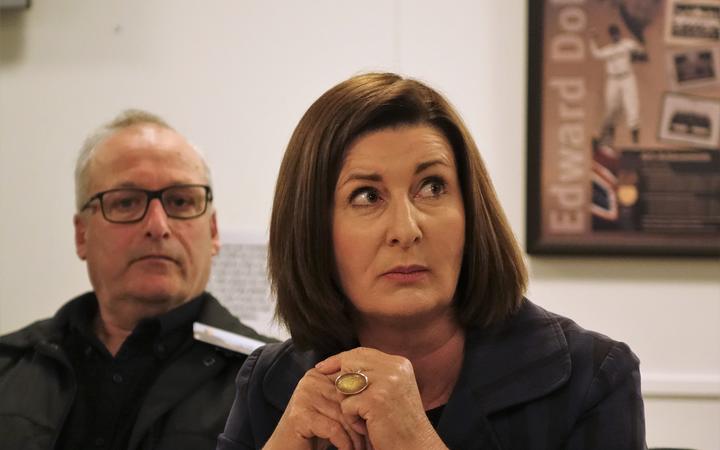 She said some of the best ideas came from the hard-working sporting community, but there were gaps between it and the councils.

"It is critical as the major asset owner and often the major funder that we really understand what makes sport and rec tick, and we need a financial model that works for council, codes and clubs.

"When we get it right it allows us to attract investment and commitment to both community sport and major events," Ms Reese said.

The general manager of Nelson Bays Football, which represented 2500 players and ran a national league team, said he was not convinced by some of the rhetoric at last night's meeting.

Nic Foster said football had asked for help with facilities to support a rapidly changing community.

"I think we touched tonight on the refugees and new ethnic communities, and football is the community sport that actually engages all of those people - football is their language."

Tasman mayoral candidate Brent Maru says it was a sad reality that councils simply did not have the cash to spend on the nice-to-haves.