Numerous calls for the South Island to move to the Covid-19 Protection Framework setting green have gone unanswered. 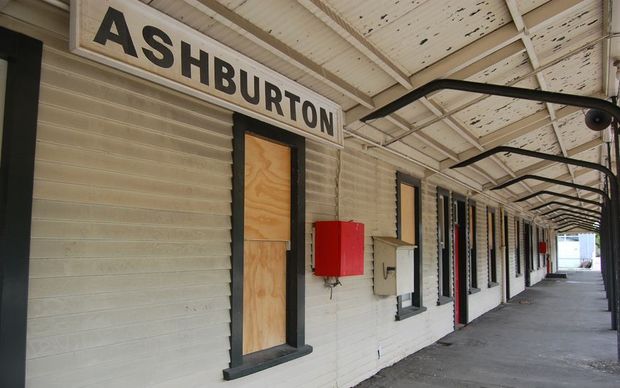 Prime Minister Jacinda Ardern today announced regions currently in red would move to orange on 30 December, with the next review to take place mid January.

Opposition MPs and some Ashburton businesses have advocated for a lowering of the traffic light system from orange to green, at least for the South Island

There are 33 active community cases of Covid-19 in the South Island, including 10 in the Canterbury region.

Ashburton's Kellys Irish Cafe and Bar owners believe the South Island should be in green and that the traffic light system felt strangely more restrictive than the alert level framework.

Co-owner Cathy Trembath said, with very few cases in the South Island, restrictions should be loosened.

"I would totally understand being in orange and having restrictions if Covid was just coming in and we were riddled," she said.

She said it had been sad to not allow a handful of regulars who were not vaccinated.

"I would have liked to have seen it stay the way that it was," she said.

"I understand the Traffic Light System and I respect it but I've lost regulars because of it.

"We have a few who would come down for a beer every single night who can't now."

Without a few of the pub's loyal clientele, Trembath said they may feel the pinch after the New Year break.

National Party's Selwyn MP Nicola Grigg slammed the government on her social media page last week, saying it was nonsensical that the South Island was stuck in orange.

It followed revelations that preliminary advice from public health officials at was to have some regions, including the entire South Island, to start in the green setting.

"We've gone and got vaccinated in record numbers, and vaccination is working," she said.

"When there is absolutely no health advice to support that decision (to be in orange) and given we clearly align with the criteria they set themselves for green.

"This is just nuts and needs to be sorted out."

The National Party's Matt Doocey told Local Democracy Reporting that there was a lack of transparency around the criteria of remaining in orange for the South Island.

Ardern has been resolute in the view that nowhere in the country would move to green before mid-January.

Owners of Ashburton hair salon Minx Hair Spa were hesitant about a move to green for the South Island, although it was dependent on the settings for Auckland which are now set to be eased before the new year.

"I reckon we should stay in orange, I don't want to," owner Leanne Wills said.

She said it would be hard if the South Island went to green too soon only to go back again.

The salon had about 20 clients as a result of the vaccination requirements, Wills said.

"It's a really lousy thing to have to do and I've lost a lot of sleep over it.

"The girls and I have worked really hard to build up a client base."