A Dunedin nurse has been referred to a professional conduct committee by the Nursing Council after posting threats online against medical professionals involved in the Covid-19 vaccine rollout.

Multiple agencies are investigating after the registered Dunedin nurse posted a video to social media declaring war against Covid-19 vaccinators and calling medical professionals taking part in the vaccine rollout her enemies.

Under the pseudonym Lauren Hill, the nurse posted a message to an anti-vax group on social media app Telegram.

In the video she said she was in a rage and called on the Prime Minister, the Covid-19 Response Minister and the Director-General of Health to "cease and desist" in the rollout of the vaccine to five-11-year-olds.

RNZ can confirm the woman in the video is Dunedin nurse Lauren Bransgrove, who has been taking part in Voices for Freedom events in the southern city.

The Ministry of Health is aware of the matter and has said they are concerned.

Police, ACC and the Nursing Council are also aware of the post.

In the message, Bransgrove called on fellow antivaxxers - referring to them as "the resistance" - to organise and prepare to monitor schools every day so they could attack vaccination buses when they turned up.

"We do everything we can to stand in the way of you injecting this poison into our children. We will rip the bribes from your hands, we will slash your tyres, and we will remove the poison from the truck. This is not inciting violence, this is inciting self-defence, especially for our youngest people.

"So cease and desist now, because this is war. And to the doctors and nurses that are still allowing this to happen, that have seen what is happening in the hospitals and refuse to speak out, I do not consider you a colleague, I consider you an enemy," she said during the two minute and 23 second long rant," Bransgrove said. 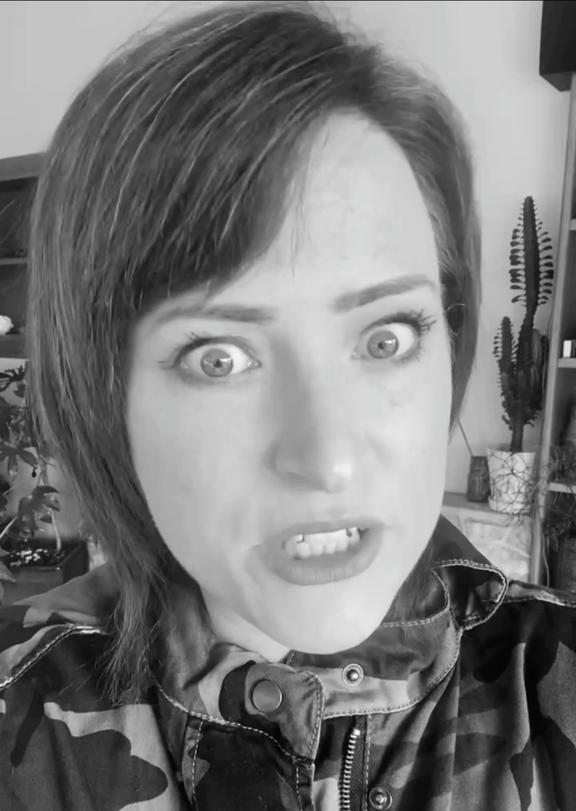 The vaccine would be one-third of the dose of that administered to those 12 and older, of which more than 7.8 million doses have been given in New Zealand.

The vaccine has been deemed safe and effective by the vast majority of experts, both here and globally.

While the risk of serious Covid-19 infection is far lower among children, Covid-19 has been one of the top 10 causes of death of children aged five-11 in the US over the past 12 months.

A large study of children in the UK aged 11-17 also found as many as one in seven might still show symptoms of the illness three months after infection, commonly known as Long Covid.

So far, millions of doses of the vaccine have been administered to children aged 5-11 in the US.

Medsafe says it has completed its initial assessment of the application and has received a response to its request for additional information from Pfizer.

It intends to make a decision regarding approval this month.

Bransgrove lists her occupation as a clinical advisor for ACC.

Before that she spent 15 years working as a nurse, including a role as a theatre nurse in a private hospital for seven years.

She completed her training through Otago Polytechnic.

A Ministry of Health spokesperson confirmed multiple agencies were investigating the video and its contents.

"The Ministry of Health is very concerned about this and is looking into this as part of a multi-agency approach," the spokesperson said.

Police also confirmed they were making inquiries into the matter.

The Nursing Council confirmed it had referred the matter to a professional conduct committee. 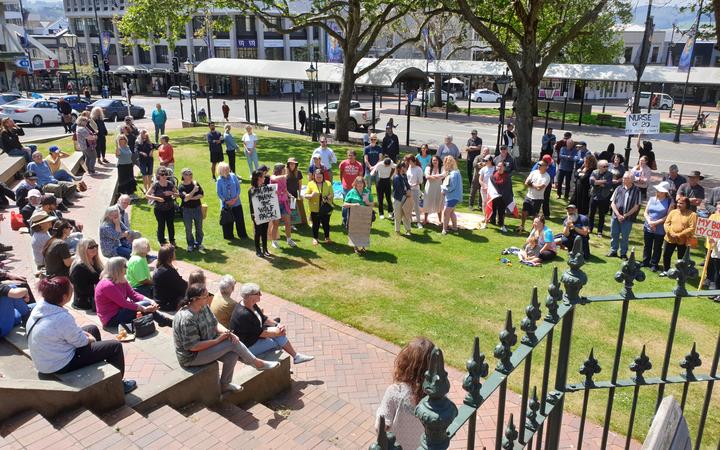 Lauren Brangrove's poster is visible in the distance of an anti-lockdown protest in Dunedin's Octagon on 9 November - with "Nurse of 20 Years My Body/Choice" written on it. Photo: RNZ / Tim Brown

When a few thousand people marched on to Parliament grounds on 9 November with a mish-mash of gripes with government, Bransgrove took part in a similar but much smaller gathering in the Octagon in Dunedin.

Carrying a sign which read Nurse of 20 years My Body/Choice, she spoke to RNZ, but refused to provide her last name.

"I am a nurse who went to Otago Polytechnic, I spent many years in the operating theatre helping the people of New Zealand, I now work for a public agency which I will not name," she told RNZ.

She went on to claim many vaccine injuries were being reported to ACC.

When asked how many vaccine injuries had been reported, she responded: "Well I don't know exactly, but I know they're being accepted".

Allergic reaction accounted for nearly half of the claims, with bruises and sprains the next most common injuries.

No deaths had been lodged with ACC.

To date Medsafe has said one death is likely linked to the Covid-19 vaccine and has been referred to the coroner.

When provided treatment injury numbers as these stood at the time, Bransgrove responded: "I don't know the number but there's a lot more going on online."

"When you go on these groups online, because you can't see any of this on the news because it is not reported, when you see real people with real injuries and real deaths, you're going to have to start to wake up.

She claimed she did not care if she lost her job as she believed she would look back on the time and find herself on the right side of history.

When asked why countries with high vaccination rates had low death rates from Covid-19, she responded "Tell me about Israel".

At the time of the conversation Israel's daily case count was less than 10 percent of the peak of the Delta outbreak (when 10,000 new cases were reported a day).

That decline in case numbers followed a successful and widespread booster programme in the country.

Israel now has a seven-day average of about 600 cases a day, while the average of daily deaths has been less than 10 since late October and now sits at about two deaths per day.

Bransgrove told RNZ there were many others similarly concerned by the vaccine and terrified to speak out.

ACC moved this evening to distance itself from Bransgrove.

"We are urgently investigating this matter," ACC chief executive Megan Main said in a statement.

"ACC in no way condones threats of violence under any circumstances.

"We have encouraged all of our staff to get vaccinated as the best measure to protect themselves and others against Covid-19. We have instituted a policy requiring all our staff to be vaccinated in order to be on any ACC site from 15 December.

"The opinions expressed in no way represent the views of ACC."

Bransgrove earlier told RNZ she worked from home five days a week and so would not be subject to the vaccination policy.

ACC would not comment on whether Bransgrove had been suspended.

Earlier today she removed anti-vaccine posts - including a threat against the Deputy Prime Minister - from her social media accounts.

Anti-vaccine group New Zealand Doctors Speaking Out with Science claimed it had the support of 105 doctors.

In contrast an open letter from doctors supporting Covid-19 vaccination had more than 6500 signatures.