The Marlborough District Council breached an agreement with the government by allowing telecommunication businesses to provide broadband off the back of its licence. 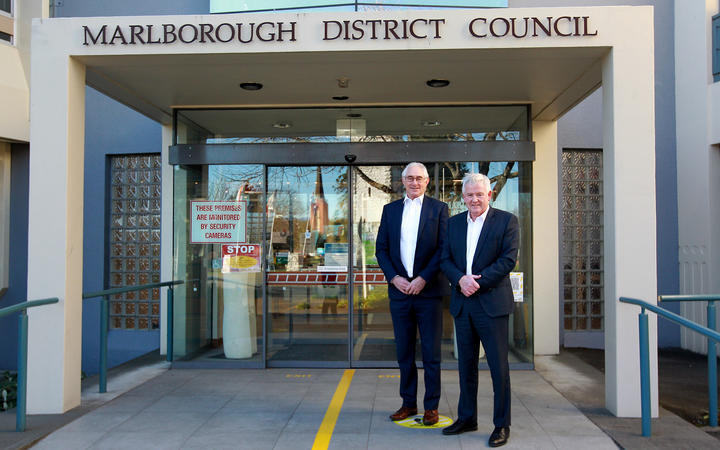 The council secured a licence from the Ministry of Business, Innovation and Employment in 2018 to bring internet and mobile coverage to residents of Marlborough, on the condition that it did so within two years and six months.

But when the deadline came around in July last year, the council publicly announced it was ditching its plans to get into telecommunications and moving onto data collection. The council realised it would cost about $41 million to provide 99 per cent of its residents with decent broadband.

It surrendered most of its airwaves and leased the remainder out to businesses, but was advised by the ministry in March that this was a breach of its agreement.

A ministry spokeswoman said the breach occurred after the council interpreted its agreement incorrectly. The council had since agreed to cancel its licence, she said.

Council chief executive Mark Wheeler said it became apparent last year that the council wasn't going to use most of its airwaves, so "relinquished a large chunk of it".

"There are still some sites operating, not by us, but by businesses using our spectrum [radio airwaves]," he said.

The council told the businesses in April that its licence would be cancelled, Wheeler said. The ministry was currently allowing them to apply for their own airwaves.

"We don't agree with the legal basis of the [ministry's] decision but have agreed to move on," Wheeler said.

Several pockets of Marlborough had businesses using the council's radio frequencies to provide internet and mobile coverage, including Renwick, Tuamarina, Ward and the Marlborough Sounds.

However, a complaint lodged with the council in June claimed the council made a "false" declaration to the ministry last year.

The declaration said the council's wireless broadband services were "in continuous, 24-hour operation, other than for routine maintenance and upgrades".

Davis said that was inaccurate because at the time, the council did not have the equipment needed to operate the network.

But Wheeler was "absolutely confident" the declaration was signed in good faith, as although the council was not actively running a broadband network, it had allowed companies to use its airwaves.

"It was an honest representation of what was happening."

Davis also alleged in his code of conduct complaint the council had wasted more than $2 million in its failed broadband venture with Creative Development Solutions, which it hired to design the council's network.

Their venture became the centre of a High Court case last year after Creative alleged Chorus had used its "confidential information" in a bid for Government funding.

The High Court dismissed the claim, but found Chorus had used "grossly misleading flattery" in an attempt to first win a contract with the council, which it thought was financially well off.

Creative went into liquidation in December to cover costs.

"Marlborough District Council (and more importantly Marlborough ratepayers) have derived little, if any, tangible benefit from this expenditure," Davis said in his complaint.

Wheeler said while the council "did spend a lot of money with Creative", all of it was approved by councillors or in long-term plans. Half of it was spent on "major IT projects" like moving the council's resource consent system online.

"It's very hard to judge the success on this. We had some wins and we had some losses. We didn't achieve as much as we'd hoped with broadband but ... I believe if we hadn't tried to get into it ourselves then the Rural Connectivity Group might not have put so much stock in Marlborough."

The Rural Connectivity Group - a joint venture between Spark, Vodafone, and 2degrees - planned to put down 17 cell towers across rural Marlborough by the end of 2023.

Marlborough Mayor John Leggett, who was responsible for holding the chief executive to account, alongside the region's councillors, was "satisfied" with Wheeler's findings.

"We reacted to a community request to expand broadband coverage. Everything we've done along the way has been done within council policies ... I was aware of what was happening and being spent, as were our other councillors."