Gisborne's new Kiwa Pools will feature three indoor pools, a cafe and a birthday party room, according to new designs. 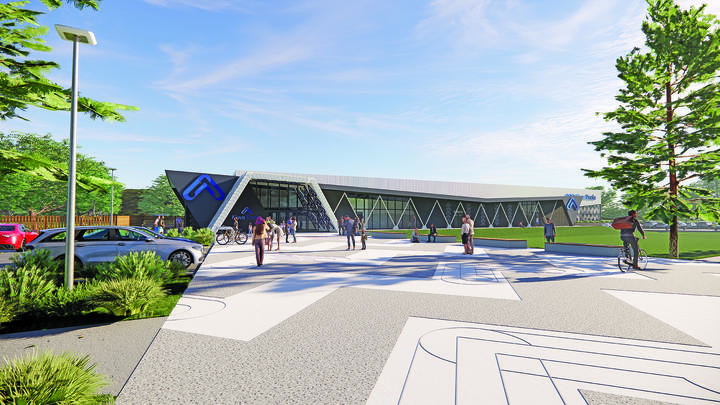 Kiwa Pools, which is planned to open in March 2023, will be built on a footprint spanning part of the existing pool complex site and Churchill Park.

It will feature a modern indoor multi-use 50m pool with a moveable floor, leisure pool and toddlers' pool, and a learn-to-swim pool that doubles as a hydrotherapy pool with a hoist.

There will be a large pool deck allowing for permanent and temporary event seating, access for people with disabilities and indoor change rooms.

Existing facilities including the 33-metre pool, dive pool and hydroslide will be retained and incorporated into the new complex.

Mayor Rehette Stoltz, who has in the past called the pool process "frustrating at times", said it would be an amazing multi-purpose facility. 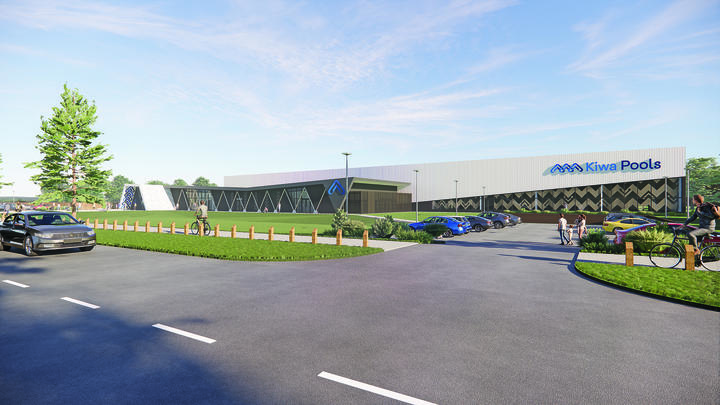 Kiwa Pools will be on Centennial Marine Drive giving visitors the option to move easily and safely between the pools, Oneroa Walkway, and Midway Beach. Photo: Supplied / LDR

"The design is not only stunning, it reflects the significance of the whakapapa of where the pool sits.

"The functionality of the design meets the aspirations of our many sporting and recreation communities and provides a world-class facility, one that will be enjoyed by everyone."

The name Kiwa Pools has been gifted to the complex by partners Ngāi Tāwhiri hapū.

Ngai Tawhiri representative Thelma Karaitiana said Kiwa Pools and its branding reflected Ngāi Tāwhiri and Rongowhakaata hapu, and the story of the land where the pool is located.

"Calling it Kiwa Pools reflects the history and traditions of the people of Tūranganui-a-Kiwa," she said.

Close to Kiwa Pools is a landing spot of the Horouta waka, which, with Kiwa as navigator, is said to have brought the kumara to the region and begun agriculture heritage. 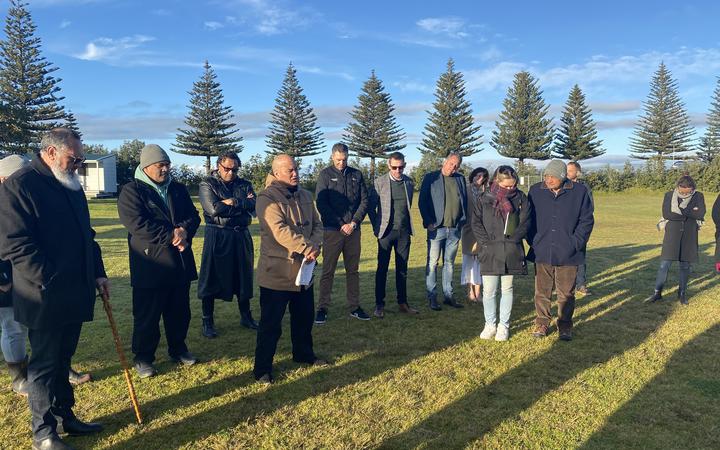 People of Ngāi Tāwhiri gathered with Mayor Rehette Stoltz and the Gisborne District Council for a blessing at the site of the Kiwa Pools Photo: Supplied / LDR

A blessing led by the people of Ngāi Tāwhiri was held yesterday morning and work on the Churchill Park site would begin this week.

A blessing and sod turning was held in September 2020 ahead of construction starting on the change room and toilet block in January.

In March, the council voted to move the location from the footprint of the existing pool to the greenfield land at Churchill Park.

Ngāi Tāwhiri encouraged the move that meant the new facility wouldn't be built on sacred land and on top of ageing sewerage pipes.

In April, councillors voted to appoint a single contractor to design and build the new indoor pool complex.

The council previously said construction on the new toilet and change block would not be affected by the location change.