Teens stranded at the Outward Bound adventure school in the Marlborough Sounds by wild weather "rolled up their sleeves" to help in the flooding aftermath. 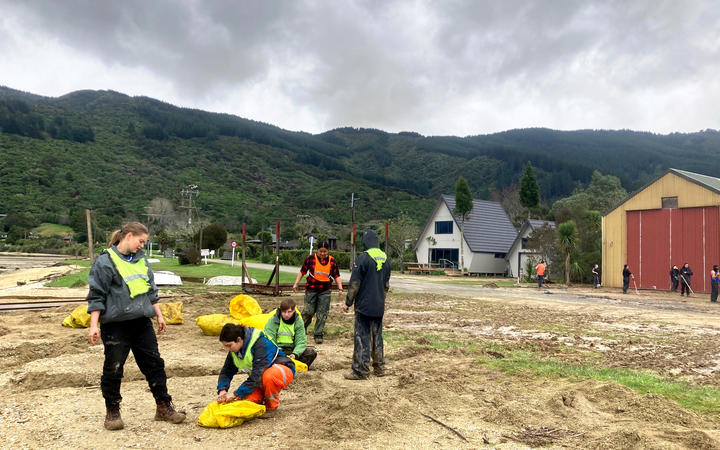 They were part of the large community response to the flooding in the Sounds that cut off isolated settlements last weekend. Tourist and barge operators joined in the rescue and recovery efforts.

Ninety teenagers were two weeks into their three-week "mind body soul" course with Outward Bound, based in Anakiwa, when MetService forecast downpours for the top of south last weekend.

The students were quick to embrace their haepapa (responsibility) lessons before the weather hit, making and placing sandbags around Anakiwa to reduce the risk of flooding, and anchoring a resident's trampoline to a tree.

The weather caused extensive damage to the town's main road, Queen Charlotte Drive, trapping the students for the weekend, and spread gravel and silt along the school's front. 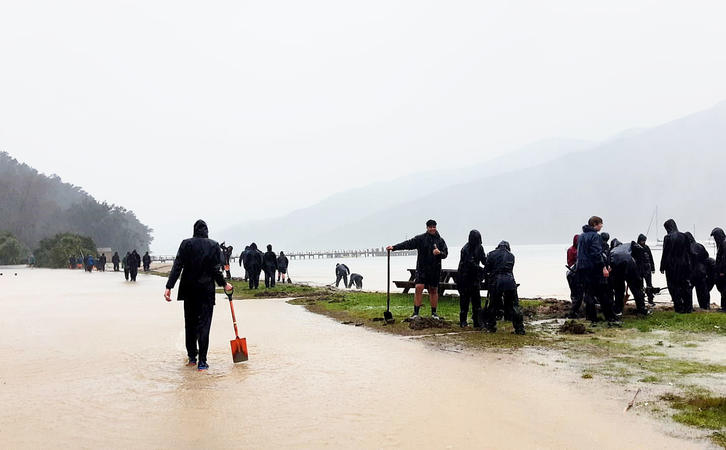 Outward Bound chief executive Malindi Maclean said one group of students had to batten down with their instructors at a remote site in Te Kainga Bay, in the Queen Charlotte Sound.

Students were prohibited from contacting home while on the course, which Outward Bound upheld during the deluge, but it did post on its social media that the children were safe.

"Parents were allowed to contact us at any time," she said.

Once the worst of the weather passed, students worked to clear gravel and dirt from Anakiwa's roads and driveways, remove fallen trees, and patch up sections of the Link Pathway, which connected Anakiwa to Picton and Havelock.

"Everyone rolled up their sleeves to help," Maclean said.

"The experiences students have on our 'mind body soul' course can help shape them for the rest of their lives. Being part of a wider community clean up and seeing the postive sides of a regional emergency will be a good takeaway."

The students were aged between 16 and 18 and had travelled from all over New Zealand to embark on the course. 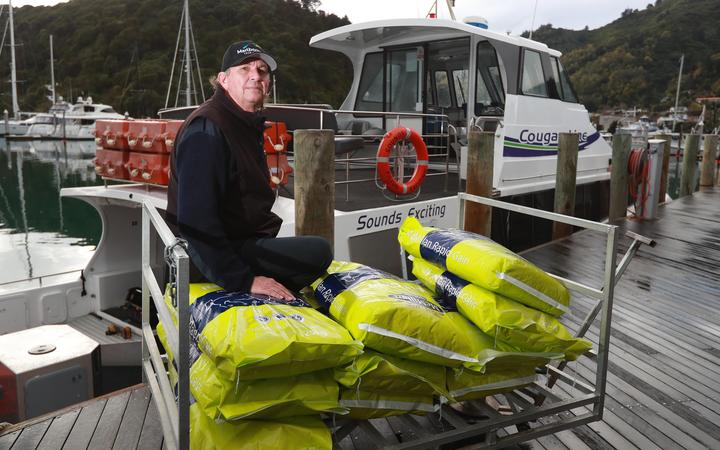 "The kids helped quickly unload the boxes, which was great.

"I don't think many people thought it was going to rain as hard as it did ... Everyone handled it very well. Small communities are quite special. Everyone made sure to help one another."

During the first day of the torrential rain, his crew focused on evacuating families and travellers from the Marlborough Sounds. Included among their passengers were a couple that hiked at least 2km into Torea Bay, men who left behind families and cars to work, and "a few twisted ankles".

"The Queen Charlotte Sound was getting gusts of over 120km/h. On one part of our journey, near Endeavour Inlet, we had to slow because there were waves three metres high.

"In some areas we had trouble docking at the wharves." 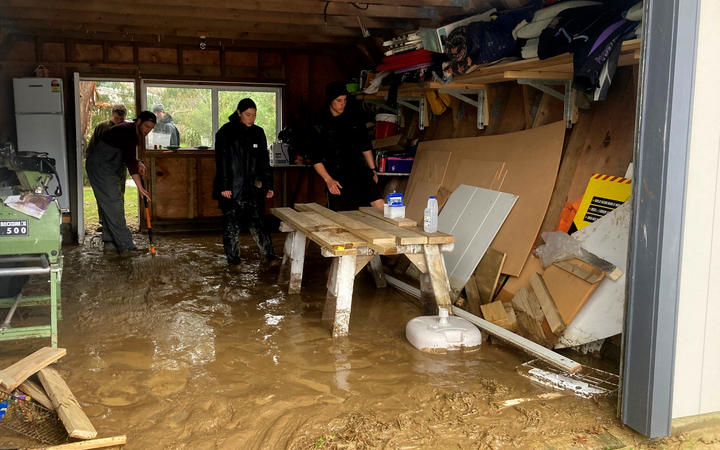 Students clean the inside of a resident’s garage after it flooded. Photo: Supplied / Outward Bound

O'Donnell Park Barging manager James Galloway said on Saturday, during the worst of the wild weather, the company retrieved three beached boats - one from Waikawa Bay, one from Picton's marina, and one "big boat" from Shelley Beach.

It had also send diggers out to Arapaoa Island.

"There's a sunk vessel that we'll be dealing with at Waikawa [on Wednesday] ... It was an older boat that sunk, so we're assuming it was finished off by the weather," Galloway said.

Johnsons Barge Service logistics and office manager Kim Weatherhead said she and her husband jumped into action after becoming trapped by a massive slip near Pukenui Bay. 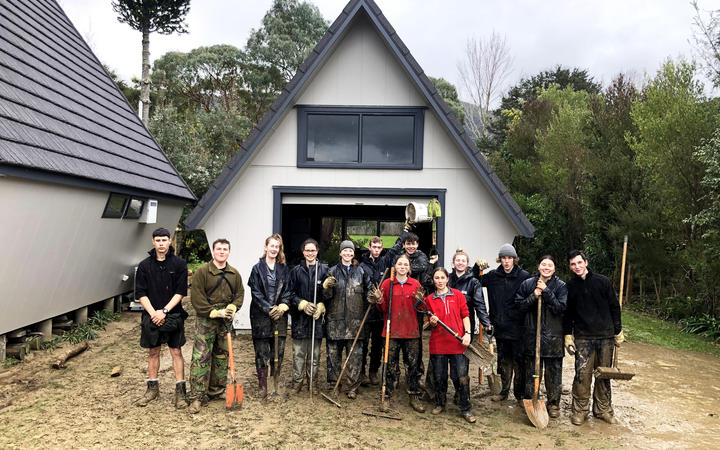 The students are between 16 and 18 years old. Photo: Supplied / Outward Bound

"A lot of the roads were damaged and the council hadn't reached far out places yet. It was amazing to see all the contractors and farmers come together," Weatherhead said.

The company helped sail a digger into Belvue Bay last weekend to start clearing the slip, then took the region's electricity distributor Marlborough Lines out to remote Marlborough Sounds communities to restore their power.

It teamed up with its sister company O'Donnell Park Barging to rescue a dozen vehicles and their owners from Kaiuma Bay last Monday, and 14 vehicles from Portage last Tuesday.

"Most were people who came up for the weekend or the school holidays, who booked a bach or visited their own."