The new $69m Puhinui Station Interchange is set to open in Papatoetoe on 26 July. 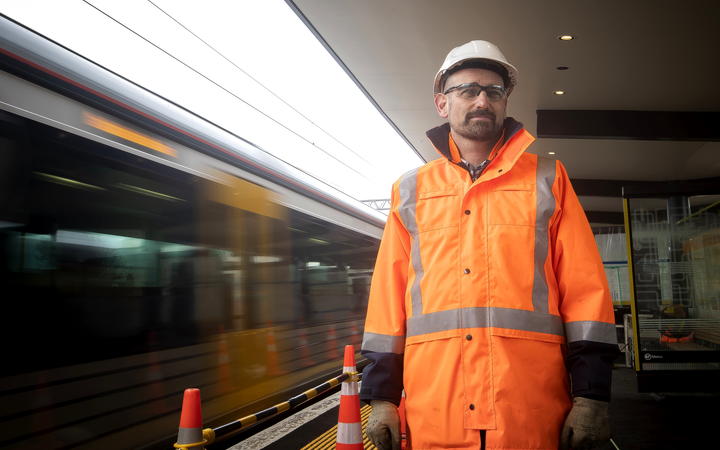 AT specialist project manager Adrian Price said the project has had its challenges and the pandemic has delayed its completion project by at least 10 weeks. Photo: Stuff / Chris McKeen

But according to one of the Auckland Transport-led project's managers it has been a challenge, battling Covid-19 lockdowns and international supply chain issues, to get it completed in time for this month's big unveiling.

The interchange is expected to provide a vital link between the airport and the rest of the city, and allow people to transfer between services at the new joint bus and train station.

Work on the station upgrade began in 2019 and it was one of four shovel-ready transport projects that received Government funding last year.

It was originally expected to cost $58.8m, but according to Auckland Transport (AT) the price of the project grew due to rising overheads and the impact of Covid-19 on international supply chains.

The station was designed by Aurecon and Jasmax and constructed by McConnell Dowell and Built Environs.

AT specialist project manager Adrian Price said the project has had its challenges and the pandemic has delayed its completion by at least 10 weeks.

He said work on the Papatoetoe station came to a grinding halt in March last year when the country went into an alert level 4 lockdown. 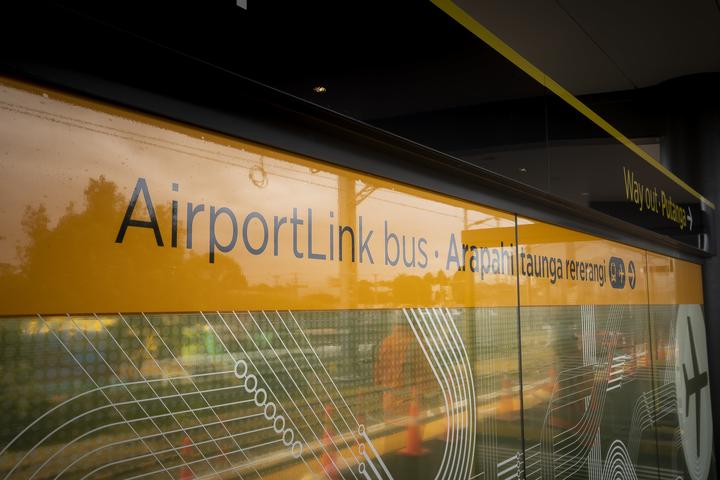 Members of the public will be able to get a first look at the new station between 11am and 3pm on 24 July before it officially opens for services on 26 July. Photo: Stuff / Chris McKeen

"I think McConnell Dowell did a great job in managing the situation," he said. "But it became a bit difficult because it limited the number of people we could have on site at any one time."

Price said as a result the company increased the number of night and weekend shifts to make up for the lost time.

"I don't think these projects are ever straightforward," he said. "But with Covid-19 it took things to another level."

Price said the project required a lot of extra contingency planning to find alternative suppliers and sources of materials just in case something went wrong.

The station's lifts, escalators and street lighting were all sourced from China, while the interior roof cladding came from Germany and the structural steel from Australia. 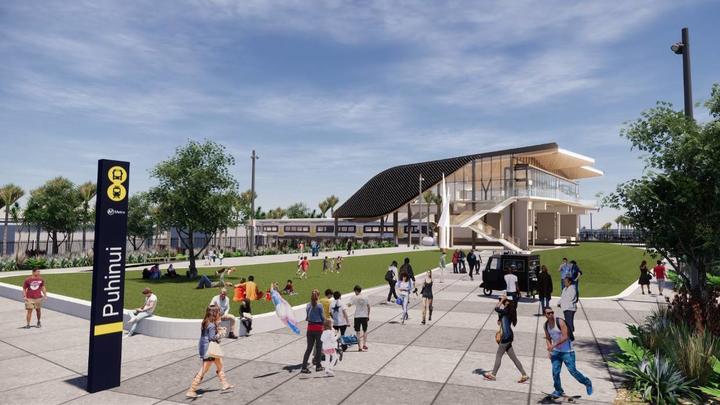 An artist's impression of what the finished station is expected to look like. Photo: Supplied / LDR

When asked if he felt a sense of achievement now that the project had almost been completed, he said it wasn't finished yet.

But not everyone is as circumspect.

In a statement AT chief executive Shane Ellison said he was excited about the opening of the station and said it was an important project for the region.

"Puhinui Station will be a game-changer in creating easy, affordable and reliable connections from Auckland Airport into wider Tāmaki Makaurau - also by connecting with the fully electric AirportLink bus service, you can enjoy a carbon-free journey to and from the airport."

Members of the public will be able to get a first look at the new station between 11am and 3pm on 24 July before it officially opens for services on 26 July 26.

AT unveiled a fleet of electric buses for its new AirportLink service in January. The vehicles are operated by Go Bus and are designed to run from the Manukau Bus Station to the Puhinui Station Interchange and Auckland Airport and back.