It might be icy cold on the Rotorua lakefront at the moment, but it appears the response to its redevelopment is a mostly warm one. 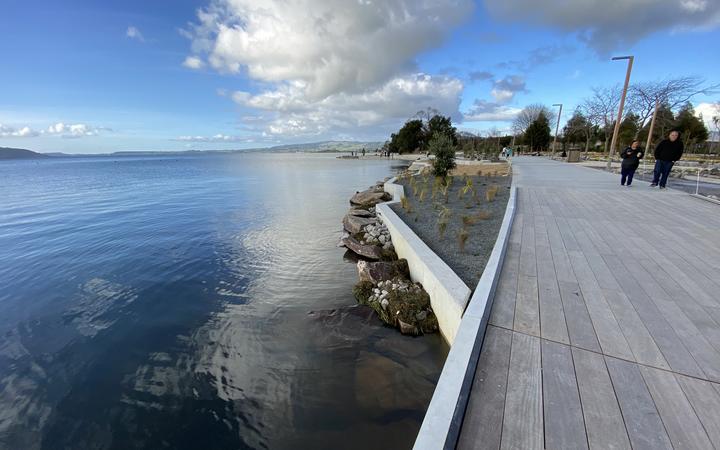 The lakefront's new boardwalk - part of the $40 million redevelopment - opened to the public on Friday.

Local Democracy Reporting spoke to some curious locals and tourists at the lakefront to get a gauge of their reaction to the new lakefront.

Vinni Ramaka visited with her children and said it was nice work and the council had done "a pretty good job on it".

She believed it would be good for recreational activities, particularly with older children, but she had held her younger kids while on the boardwalk as there were no railings.

"It will be a pretty good place once it's done."

Wellington tourist Beth Keightley traversed the boardwalk on her mountain bike with her family.

She said the development looked "amazing" and was "very kid-friendly".

"It's definitely worth the money."

Auckland visitor Ivan Arcay said it had been a few years since he had seen the Rotorua lakefront and he thought it looked better.

"I'm impressed with the walkway."

He believed the lakefront would be a drawcard for tourists and said it wouldn't be clear if it was worth the money until the full redevelopment was completed.

Local Kelly Rawson said the lakefront was "cool" would be "beautiful over summer". 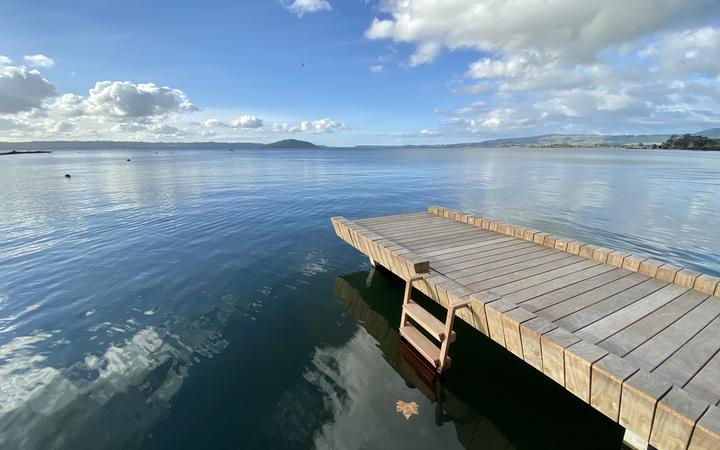 "I hope it brings tourists. I like it. Some have got their heads in the sand and are pretty uptight about it. [$40m] is a lot of money, but I say come down here first to judge."

However, two local women, who would not be named, were less enthused.

"As a ratepayer, it's a waste of money," one said.

The $40m is shared between the council and government which contributed about $20m each.

The woman said she was also concerned about the safety of the boardwalk and believed it should have railings.

"What if a kid bolts off into the water?

"It was nice to walk down the lakefront before [the redevelopment]."

Rotorua Lakes Council sport, recreation and environment manager Rob Pitkethley said the boardwalk and other areas of the development had been designed with safety in mind.

"The boardwalk design met all health and safety requirements and building consent was granted on that basis.

"When spending time around any body of water, everyone needs to be mindful of the risks water can pose and take precautions to keep themselves and those around them safe while enjoying these spaces."

There were no counters at the lakefront, but word of mouth and online feedback suggested the area was being "very well-used and enjoyed", he said.

More lighting needed to be installed, and there would be additional planting done, as well as work on lawns. The lawns at the lakefront were covered with straw to protect the lawn seed. Once the grass grew more the straw would be removed, he said.

The lakefront was also only open between 7.30am and 5pm as the council waited for more lighting for the area, which had been delayed to due to Covid-19-related international shipping delays.

Pitkethley said there had been a "handful" of entries to a lakefront photo competition, which offered about $1000 worth of prizes.