After four years of political and bureaucratic wrangling, the CBD-to-Māngere light rail project is back on track, with public consultation starting this week, and its potential has got Māngere's leaders excited about the possibilities for the dilapidated town centre. 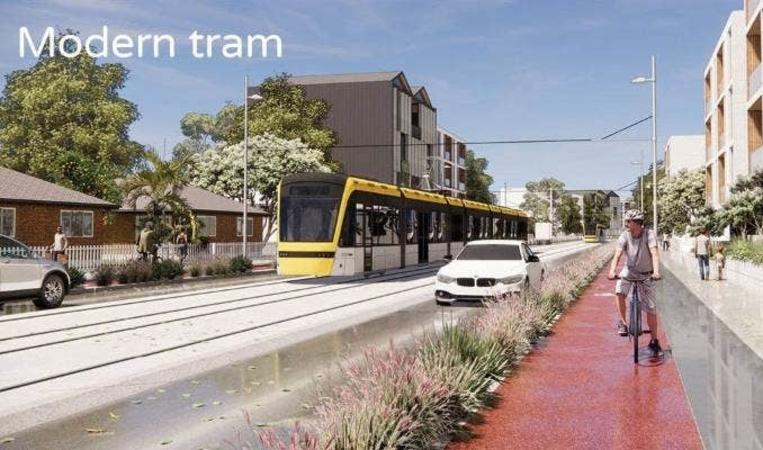 Māngere Town Centre is home to almost 100 shops and services.

Toni Helleur has worked for its business association for the last four years. She says the project could be a "major socio-economic game-changer" for her suburb.

"Light rail could bring much-needed new oxygen to the heart of Māngere," she said, adding that it could have "ripple effects into the wider community".

In March, Transport Minister Michael Wood announced that an "establishment unit" will get public input and create a business case to present to government in September.

Establishment unit chief executive Tommy Parker said there were few specifics to announce, but two options being considered were running the route exclusively down the motorway corridors or building stations closer to town centres.

He said having a station next to Māngere's town centre would generate economic activity but the trade off would mean a more expensive, more disruptive construction as it gets built.

Helleur, who also founded the I Am Māngere trust during the first Covid-19 outbreak to support the community, said any disruption caused by such a massive project would be worthwhile.

"You just have to look at the light at the end of the tunnel because you know what it will be for," she said.

"The town centre turns 50 this year, and it looks tired, unloved and uninviting. This project could bring a big change to the aesthetics of the town centre, and it could bring in new investment, more enticing shops, and even transform the hospitality sectors as new cafes and restaurants open." 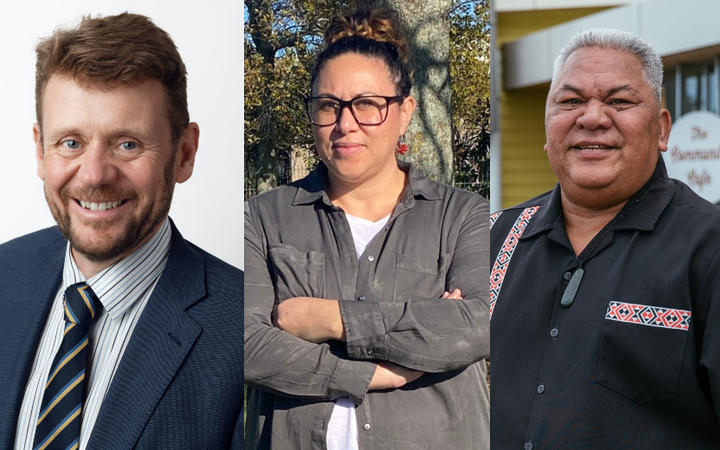 Auckland councillor and Māngere resident Alf Filipaina would also like to see the route be directed past his area's town centre.

"Overseas research shows that when you have a railway that's available and frequent, you have more businesses investing in the area."

He cited the new shops opening around the Manukau bus station as one example of how transport projects can kickstart benefits for a suburb.

"It's good for housing, employment and the environment, as light rail gives people options to be able to travel along the route from the city to Māngere for employment, and it means people can leave their cars behind, reducing congestion."

Parker said, because this project is being planned in conjunction with council and multiple government departments, there was potential for state-funded development such as housing alongside the transport infrastructure.

"The idea is to get this jointly planned so the land use and transport is better coordinated," he said. "The establishment unit is a collaboration between Auckland Council, Auckland Transport, Waka Kotahi NZTA, Ministry of Transport and Kāinga Ora, and they are in there to work together on how to get the collective benefits."

He said it's vital locals provide feedback and his team will be at Māngere's Saturday markets, the Māngere Bridge Sunday markets and the Ōtara markets over the coming weeks.

"We know that some of the communities of South Auckland are the most transport-deprived of anywhere in the city," he said.

"But there's really been no formal engagement or even communication on this project for many years, so we're looking at the questions around why we're doing this and what are the potential benefits."

The consultation period, which includes 10 public events and 62,000 brochures sent to residents along the route corridor, ends on 31 August; a business case will go to cabinet in September. The public can also provide feedback via the project's website, over the phone (0800 567 847) or by email to lightrail@nzta.govt.nz