More than 20 million native trees and other plants will be planted around New Zealand's biggest harbour in the ground-breaking $200 million Kaipara Moana Remediation project. 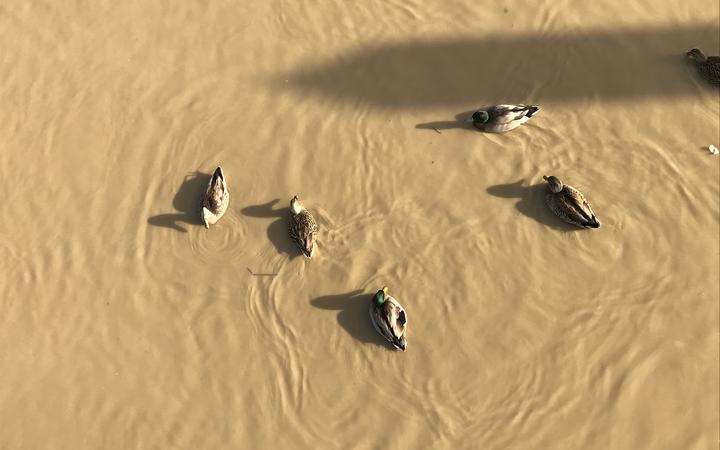 About 700,000 tonnes of sediment flows into the Kaipara Harbour each year. Photo: LDR / Susan Botting

The first plantings are planned this month - across 6000sq km of land with more than 8000km of waterways.

KMR joint committee chairperson Tame Te Rangi said it was positive to see the community working towards improving the health of the harbour.

He said he was looking forward to all landowners in the catchment - including farming and importantly, forestry - working towards improving harbour health.

The initial work will be boosted by millions more plants in coming years on more than 800sq km of highly erosion-prone land. 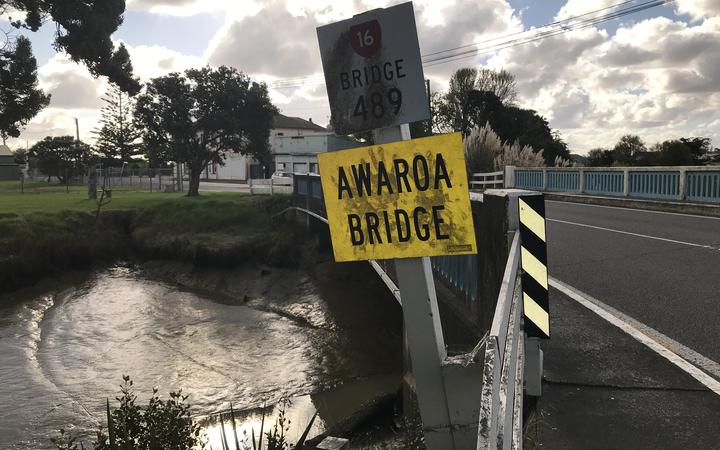 Tide's out in Awaroa River, Helensville, which flows into the Kaipara Harbour. Photo: LDR / Susan Botting

Sediment in Whāingaroa Harbour has fallen by 90 percent and other water quality indicators have also improved. Fish catch rate research shows a shift from one fish caught every 18 hours to three fish every hour.

KMR aims to boost the harbour's health through slashing sediment running into its waters, reducing nitrogen levels and boosting swimmability and shellfish health.

There are about 1500 farms across the catchment - many of which already have fenced-off waterways with riparian strip planting. Native plants will be produced over the next decade by nurseries in or close to the catchment. These will be bought by landowners to plant on riparian margins and in wetlands.

About 700,000 tonnes of sediment currently runs into the harbour each year. This is seven times higher than before human settlement, according to research estimates.

He said waterways' headwaters were important places to start the improvement work. 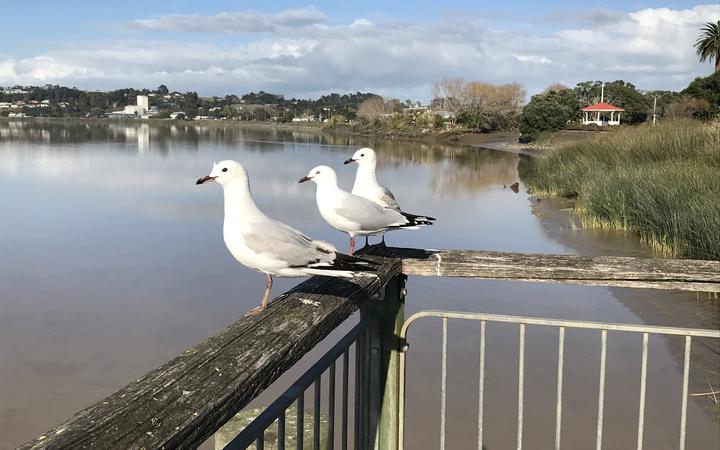 Matauranga Māori and western science are combining in the KMR project. The plantings will include taonga species used for purposes such as medicine or health.

The government in October put $100m into the KMR project and the local community expected to match that.

"The programme is the first of its kind [in New Zealand] - a long-term, catchment-wide remediation initiative involving iwi, central and local government, landowners and wider community working together to restore the 602,000ha catchment," Minister for the Environment David Parker said.

Parker, along with former conservation minister Eugenie Sage were at the formal signing of a memorandum of understanding for the project at Waihāua Marae, Arapaoa, about 60km south of Dargaville.

There are about 30 marae in the harbour catchment. They are potentially contributing in various ways, starting with some producing plants. Other work includes seed collecting and putting together fencing gangs. 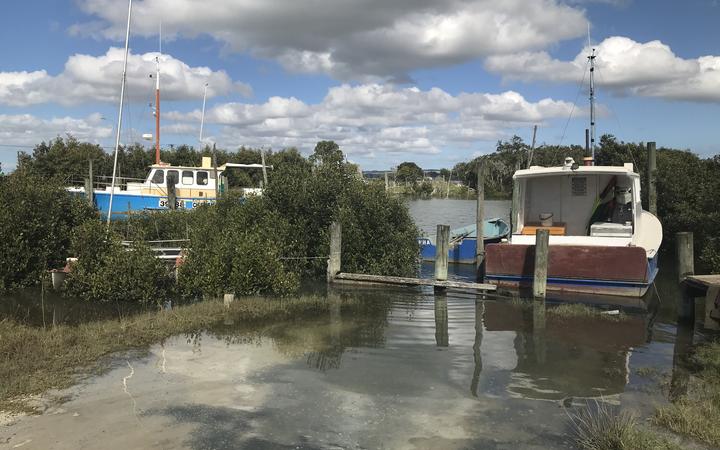 Ahikiwi Marae chairperson John Panoho said tangata whenua around his marae and others were definitely looking to participate in the project.

The next meeting will be at Northland's Ōruawharo marae near Topuni later this month. 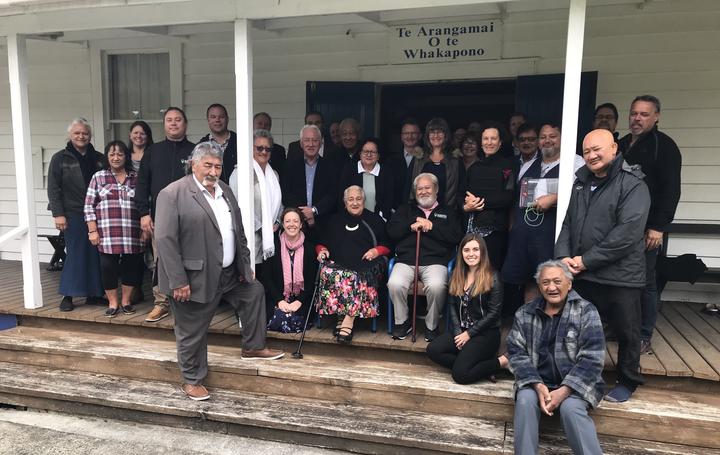 Previous monthly meetings have been held at Taita Marae at Mamaranui, north of Dargaville, along with Auckland's Haranui Marae near Parakai and Puatahi Marae, north of Helensville.

Plant production for this year's late-autumn season will be boosted at Te Uri o Hau's nursery at Te Arai, after the KMR joint committee granted $600,000 at the Ahikiwi Marae towards this. It will also be among mana whenua working with Māori landowners.

The KMR project will see plants produced across about 20 existing nurseries in and around Kaipara Harbour's catchment, with others showing interest. 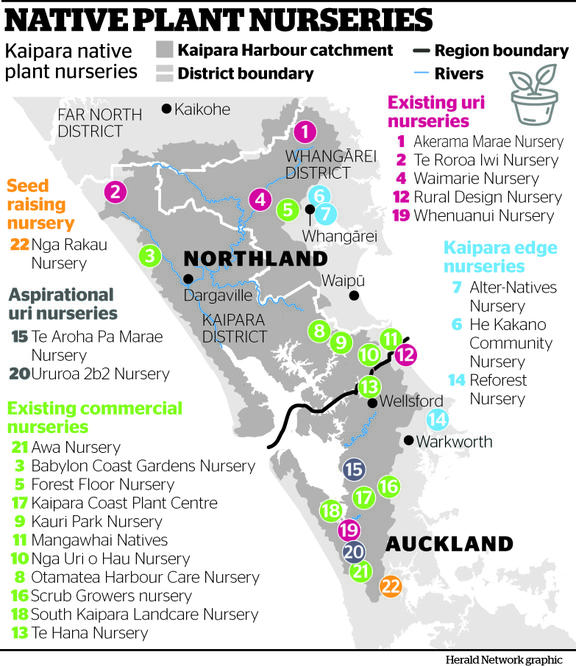 Its 3200km shoreline encloses a 6000sq km-plus catchment that runs more than 200km north to south, occupying about 20 percent of the length of the North Island.

About two thirds is in Northland, one third in the Auckland region. The catchment crosses five councils' jurisdiction - Kaipara, Far North and Whangārei District Councils along with NRC and Auckland Council - bringing particular cross-organisational management challenges.

In Northland, its northern edge runs from the middle of the Russell State Forest's second highest mountain Te Rangi (not far from the top of Helena Bay hill) on the east coast, westward to near Awarua (about 25km south of Kaikohe) and then west towards the 770m Tutamoe - one of the region's tallest peaks.

At its south the catchment's southern-most point is in Auckland's Waitākere Ranges, only about 20km from the city's Sky Tower. It stretches westward from Waitākere almost to Bethells Beach, not far south of Muriwai.

The catchment takes up most of the coast-to-coast space across Northland, to within about 15km of the east coast and 8km of the west coast. The situation is similar at its southern boundary where it is about 20km from Waitematā Harbour in the east and southern end of Muriwai in the west.

The major Kaipara Harbour river systems are Kaihu, Mangakahia and Wairua which become the Northern Wairoa and Hoteo and Kaipara in the south of the catchment. 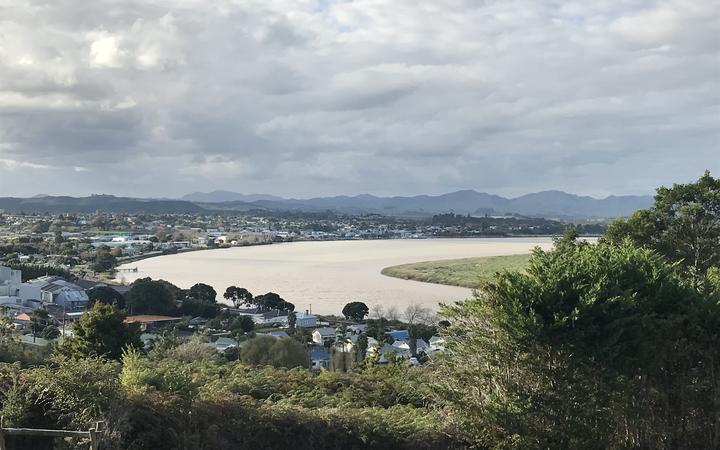 There are about 1500 property owners across this land, many of whom are already part of catchment care groups that have planted thousands of trees and erected thousands of kilometres of riparian fencing. Large areas of overseas-owned exotic forestry also feature around waterway headwaters.

Native trees and plants will be grown from locally eco-sourced plant material and used for riparian plantings along the 8100km of waterways and wetlands across 3710sq km of pastoral land.