Water infrastructure, transportation including roading, waste management, upgrading council offices and rates - these are the five big issues the Whakatāne District Council will tackle in its long-term plan. 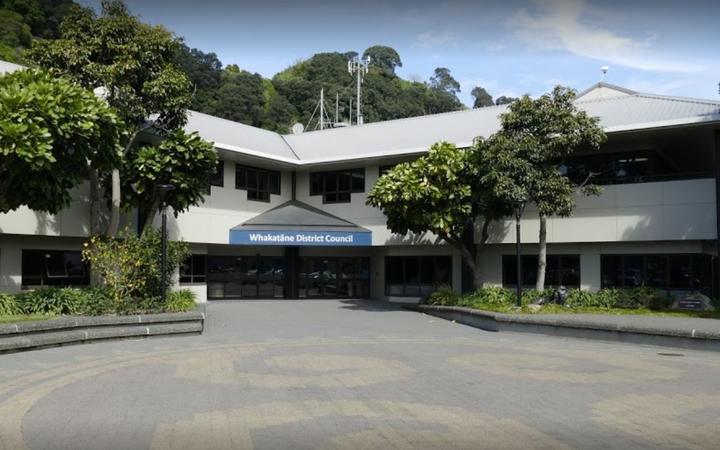 The plan, now out for consultation, covers what the council intends to do in the next 10 years and how much this will cost the community.

The community can provide feedback on the plan from Friday until 23 May.

Over the next 10 years, the council plans to spend $354 million on water infrastructure including drinking water, sewerage and stormwater.

The majority of this, $207m, will be used for the day-to-day running of the district's water infrastructure.

The remainder, $147m, will be used to upgrade and expand the existing service.

Included on the council's million-dollar wish-list is a reticulated sewerage scheme for Matatā. Currently the coastal community is serviced by septic tanks which are polluting the environment by allowing raw sewage to enter streams and the lagoon. Sewage has also pooled on sports fields and residents' lawns.

The council faces huge costs to replace water infrastructure that was built some 70 years ago and is no longer environmentally friendly or efficient.

It has outdated sewerage treatment technology that needs updating in Edgecumbe and Murupara, there have been more instances of salt water from the ocean entering the Whakatāne water supply intake pipe, and the council needs to remove the naturally occurring arsenic from the Braemar water supply.

The council has indicated it will pay for some of this work with a loan. 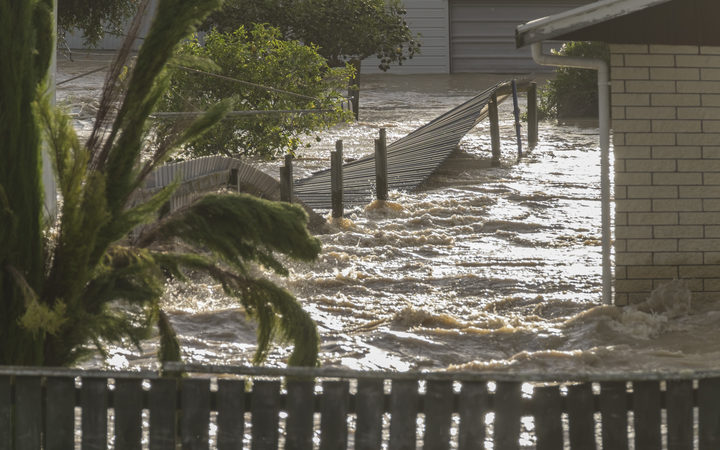 Houses on Edgecumbe's College Road, opposite the stopbank wall on the river Rangataiki that breached and flooded the majority of the town causing the evacuation of 1600 residents in 2017. Photo: RNZ / Brad White

The council will not be paying for a second bridge. The long-term plan makes it clear that unless Waka Kotahi, the New Zealand Transport Agency, comes to the party, a second bridge is too expensive.

Instead, the council is looking to invest $346m over the next 10 years into active transport such as walking and cycling, sealing gravel roads, relieving rush hour traffic at the Landing Road Bridge and improving access to more remote communities.

As part of this, it is asking the community if it should increase funding for "Active Whakatāne" projects.

Active Whakatāne is a council group which aims to make it easier to get around the district when cycling, walking, or on a mobility scooter. The council is proposing to increase the group's budget to around $1m each year. It is hoping to fund this by co-investment from Waka Kotahi and a loan.

The council is also asking the community if it should begin sealing gravel roads in the district to meet population growth and increased use.

The council has said it will pay for this road sealing programme through a loan, which will have to be paid back by rates.

To meet rising landfill costs, the council is looking at raising the fees for using the Whakatāne Transfer Station, raising general rates and the targeted rates for kerbside rubbish collection.

This is because the government has said it will raise waste levy charges from $10 per tonne to $60 per tonne by 2025.

The council says there are a number of things it needs to do to be fit for the future.

While it is getting on with most of these itself, it is asking the public how they would like to see it upgrade the Whakatāne Civic Centre.

It was built in 1989 after the last one burned down and has not had any major renovations since.

It is not earthquake safe, needs air conditioning, needs to meet building compliance standards and the council would like better security.

The first option is to "embrace the role of the Civic Centre as a community hub" which will cost $11.9m and the council will need to take out a loan to pay for it.

It will include moving the council chambers from upstairs to down, "greening" the Civic Centre to meet climate change commitments, enhanced security, a community hub, and upgrades to allow rooms to be used for multiple purposes.

The second option will enhance security, "green" the centre and provide upgrades to allow flexible rooms. It will cost $10.2m.

The last option will cost $5.52m and will only enhance security and "green" the centre.

Low income, isolated, rural areas like Te Teko and Murupara will be getting the biggest whack with the council's rates bat this year.

The council is proposing to set the average rate hike at 6.84 percent every year for the next three years.

The table with indicative rates for the next three years can be found on page 43 of the council's consultation document.