Time in paradise is up for Matatā residents living in a red-zoned debris flow risk area, after a plan change has deemed their land and family home uninhabitable. 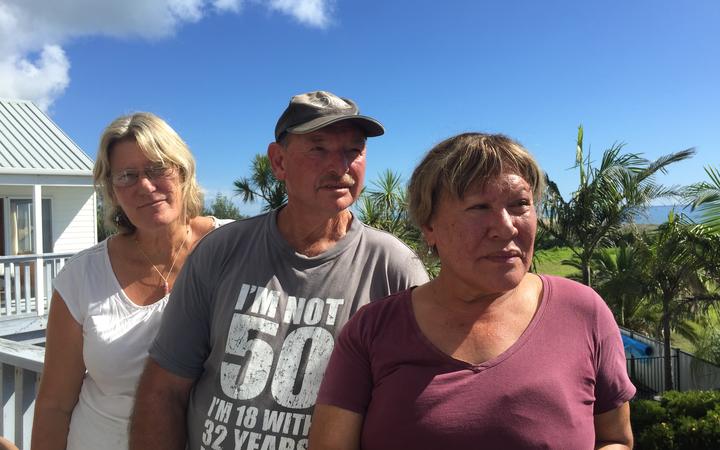 In 2005, the Awatarariki fanhead on the coast of the Eastern Bay of Plenty was engulfed in slurry, rocks and timber in a massive debris flow following extremely heavy rainfall.

No one died but the debris flow destroyed 27 homes, damaged 87 other properties and caused $20m in damage.

Whakatāne District Council attempted to mitigate the risk of another debris flow through engineering solutions, but these failed and it opted to pursue a managed retreat in 2012.

On 31 March this year, a plan change by the Bay of Plenty Regional Council rezoned the land from residential to coastal protection.

When RNZ visited the area after the formal plan change, only two households remained - the Whalley family, who have reluctantly settled after a bitter fight, and another resident who had not budged.

Other property owners had taken up the district council's offer to buy their property in the managed retreat.

Rachel Whalley said many memories are tied up in the house, built by her parents-in-law, Bill and Pam Whalley.

They have been given a year's extension to stay until March 2022, due to Pam Whalley's health concerns.

"Five years ago, dad died here looking out to sea. It's a place we never wanted to take mum away from, but now [the council] is forcing us to," Whalley said. 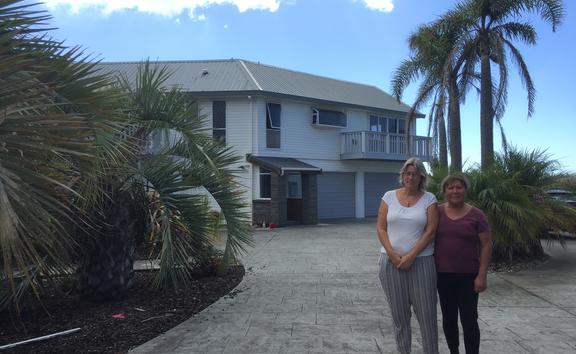 She said the family did not feel unsafe at Awatarariki and they wanted to stay until Pam died.

"But they wouldn't give mum that opportunity, which is really disappointing. [My husband Rick and I] came here nearly 10 years ago to look after dad, and now mum, and they've taken that away from us."

In 2018, Whakatāne District Council carried out community consultation ahead of the proposed plan changes. 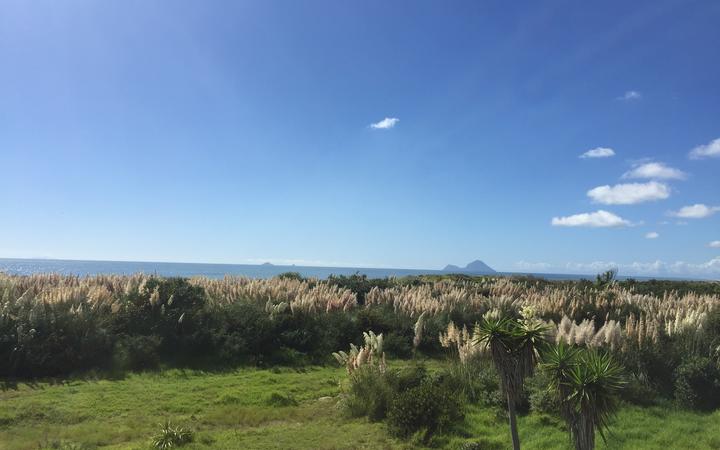 The view from the Whalley's deck Photo: RNZ/ Jean Bell

The Whalleys lodged an appeal with the Environment Court but withdrew this once they learnt of the proposed plan change.

Whalley believed the outcome was pre-determined.

The family had found a new home, but the booming house prices in the Bay of Plenty made buying an equivalent property a struggle.

She wanted an independent inquiry and a formal apology from the councils.

Lyall Magee, a former resident who had settled and left before the deadline, said an apology would be like "a slap on the face with a wet bus ticket".

"They can just get any drongo to apologise." 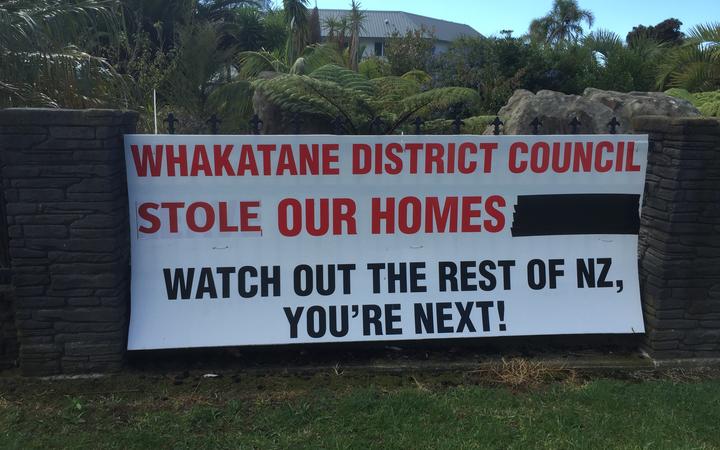 A sign out front of the Whalley's property Photo: RNZ/ Jean Bell

Magee's grandfather came to Awatarariki in the 1930s and had gifted the land down through the generations.

Magee thought he was well-set up to support his adult children and himself into his retirement, using income from rental properties on Awatarariki.

"It's ruined my whole retirement. I had it sorted."

Whakatāne District Mayor Judy Turner said the council had acted in good faith and tried to keep families in their homes, spending millions attempting to mitigate the risk of another debris flow happening again.

"Am I sorry for what's happened to them in terms of the disaster they've had to face? Yes I am," Turner said.

"Everybody involved wishes there could have been a different outcome. But there wasn't another option there." 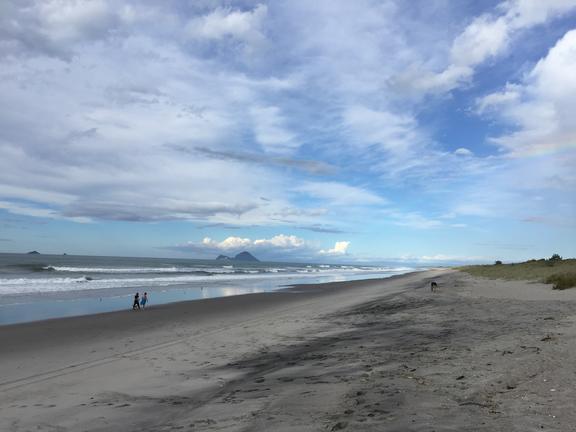 Turner said the risk of loss of life was intolerable and the council had a legal responsibility to move people out within a time limit.

"One thing was clear - debris had happened before in that area, and would happen again."

She said the council sought to pay property owners the best value for their house and land - the valuation was done on the assumption that the debris flow risk did not exist.

"In the middle of a crisis, be very careful what you promise until you're very sure you can deliver. Don't raise people's hopes." 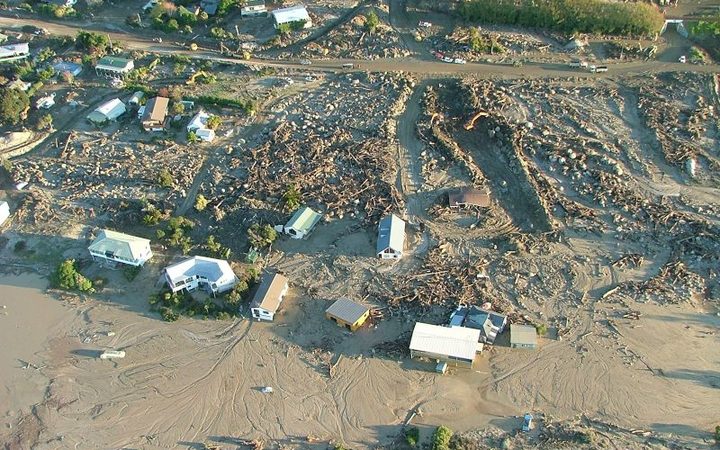 RNZ asked the Bay of Plenty Regional Council what happened if the resident who has not settled refused to move at all.

General manager of integrated catchments Chris Ingle said in a statement the 31 March deadline was not being treated as a hard deadline for the remaining resident who had chosen to not enter the managed retreat process.

"Fairness is important to us and we intend to continue respectful and positive dialogue so that we can discuss potential solutions, in good faith. At this stage it would be unhelpful to discuss next steps, without first having explored all possible options with the remaining resident."

Whakatāne District Council planned to convert the Awatarariki fanhead into a public reserve, with the input of the local community.