A hui at the site where mortuary waste will be returned to Papatūānuku Mother Earth marks a significant step away from the culturally abhorrent practice of sending it out to sea. 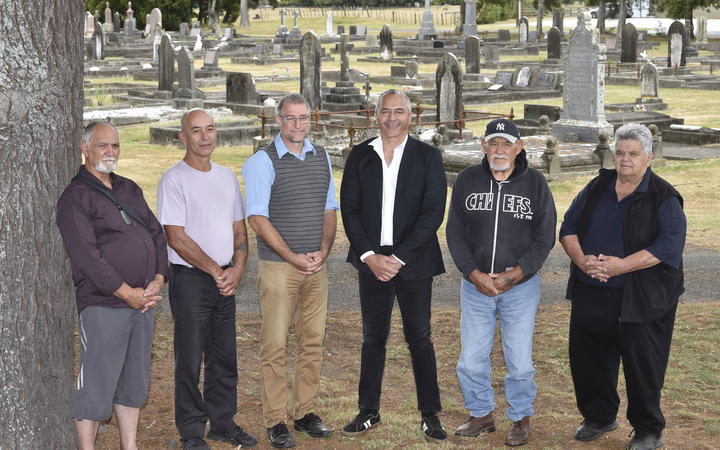 They stood at the site where mortuary waste from the region's funeral homes will be trucked in and disposed of at a specifically designed "mound" system.

The disposal septic system will be about 22.5m by 7.5m, and one metre high. It will be covered with plants with a mixture of soils and aggregates to treat the water.

The concept is similar to that used by Native Americans for burial purposes which forms the basis of the Wisconsin mound design, but is also based on Te Ao Māori and mātauranga Māori principles.

The mortuary wastewater will be deposited in the underground tanks and treated through multiple stages of natural processes as it percolates through the soil.

Ian Ruru, who leads the KIWA group set up to provide cultural advice and technical support to the council, said the hui marked the move away from the "culturally abhorrent" practice of sending mortuary waste out to sea.

"Today signifies an important step in the process of respectfully treating the wastewater from mortuaries," Ruru said.

"This goes back generations, the idea or the process of tūpāpaku (body of deceased) preparation and that the liquid materials from funeral homes go into our sewage system and then into our rivers and ocean is culturally abhorrent," he said.

"Local tikanga handed down through the wisdom of our elders suggests that which comes from Papatūānuku should return to Papatūānuku, hence our through-earth solution."

While respecting the dignity of those who had passed on, there were also considerations for the environment, he said.

"These sensitive materials eventually find their way out into our rivers and oceans and that's exactly where we swim, surf, and gather kai, so we're talking about protecting the practices of mahinga kai as well."

The hui followed the opening of consultation on the council's draft Trade Waste Bylaw on 3 February, which seeks to remove mortuary waste from the public wastewater system.

Mortuary waste is made up of arterial blood and chemicals that mostly arise through the embalming process. On average, about one cubic metre of water (1000 litres) is required to put one body through the process. 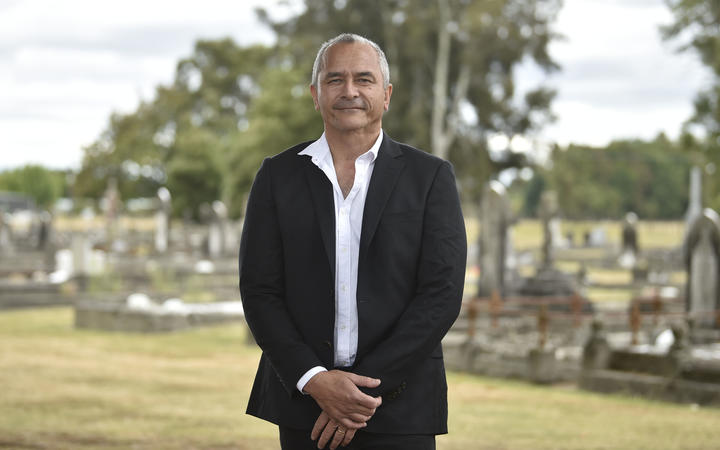 Tangata whenua and the wider community of Tairāwhiti have long petitioned for it to be separated from the system because it is culturally unacceptable for such waste to be discharged into Te Moana o Tūranganui a Kiwa (the bay).

The draft bylaw prohibits the discharge of mortuary waste into the council's reticulated wastewater system, regulates its transport, and provides for its discharge to a council-approved facility.

"It's exciting because it addressed that problem, and we've got a solution that brings together hapū, iwi and the Gisborne District Council," Ruru said.

"That in itself is a cool thing."

It was the first time a trade waste bylaw was being used for this purpose in New Zealand.

"We're leading the way in something that a lot of the public thought was already sorted," Ruru said.

"The solution that we've got will be the first in the country, and hopefully other places, other cities will follow."

Ruru thought the sensitive nature of the topic may have contributed to it being overlooked for so long.

Council project manager Wolfgang Kanz acknowledged Ruru and the other iwi representatives present and the "long journey" it had taken to reach that point.

"It has really been a process of collaboration between iwi and council, and also Western science and mātauranga Māori."

The change to the bylaw would wrap up later in the year and there was still work to be done to apply the "mātauranga Māori lens" to the Western science parameters in terms of the disposal mound, he said.

At the hui, Ngā Ariki Kaiputahi representative Owen Lloyd acknowledged those who had passed.

"I think it's important to take a moment to reflect on the past as we move forward, and also to acknowledge the dead among us."

He acknowledged the work that had gone on to reach this point and "combined effort" of the council and Māori.

"By having two cultures and two ways of thinking ... we can see the effects of working together and we can achieve quite a lot.

"Let's hope that this is just the start of this kind of working together and this sort of way, where our cultural understanding and our Western society and also our evolution come together."