Plans to dig up a popular Marlborough beach so fishing boats can launch could have "unknown" environmental effects, conservationists say. 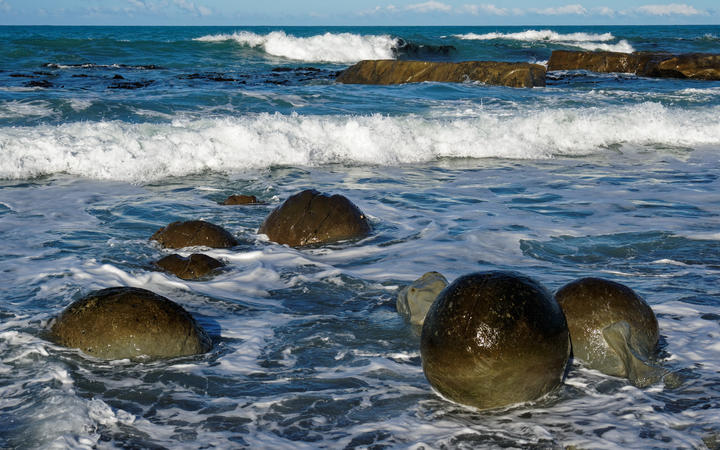 The 2016 Kaikōura earthquake raised the region's coastline by up to 3m in places, leaving the Burkhart Fisheries site high and dry.

The launch site the company had used for 46 years was unusable and its boats unable to reach the sea.

The company applied this year to use a "large digger" to shift about 3500 cubic metres of gravel, creating a boat launching area.

It asked to dig the beach three times a year over the course of one week for a duration of 15 years.

The company said this would allow it to operate "without having to consistently reapply to council for a new consent".

Iwi and conservationists oppose the idea and the case went to a Marlborough District Council resource consent hearing this week.

The company has had three consents in the past two years to dig a launch site, each one with a different dumping area for the gravel. A one-month consent is in place and expires by Christmas.

Davies said it would not be "piled into a mountain of gravel", but spread out to match the natural appearance of Ward Beach. The works would be smoothed out during storms, he said.

"Organisms which live in this environment are used to the beach moving metres in [storms] and that's got to be taken into account," Davies said.

The East Coast Protection Group, which champions the preservation of the region's coast, opposed the application.

The group said its main concern was gravel entering a geo-preservation reserve near Ward Beach boulders, where vulnerable birds nested.

Group chairperson Rick Stolwerk asked the company to stick to the area it was digging during its one month consent. This area is more southern and further from the reserve.

"We do want, if possible, to restrict the amount of area the gravel can be spread over, because we don't know what its effect will be," Stolwerk said.

Forest and Bird top of the south manager Debs Martin said the society wanted the consent period to be reduced from 15 years to five years, so the impacts of moving gravel could be assessed before works continued.

"There is no doubt that significant storm events and even human traffic will affect the profile of the beach over time, but there are unknown effects of the deposition of significant amounts of gravel," Martin said.

The application noted that "a small number" of threatened native banded dotterels nested on the south end of Ward Beach.

The company said it would survey the birds within 100m before any works started during nesting season.

Burkhart Fisheries director Trevor Burkhart said although the company had asked to dig up to three times a year, it expected to dig about once.

"We started fishing there in 1974. We could have put a concrete ramp in there at the time... But all we want to do is try and work with nature."

The company got permission to make a temporary launch site in 2018, but when that expired it used bulldozers to drag its boats further up Ward Beach to a new launch site.

Conservationists complained to the council the bulldozers were threatening bird nesting sites.

In August 2019, the Environment Court issued permanent cease and desist orders to the company over its works on the beach.

This week's hearing was adjourned and Burkhart Fisheries was asked to file a revised set of proposed consent conditions today.