A crayfishing company has "suspended" a bid to get its boats back in the waters off Marlborough's east coast to "negotiate" with opposers. 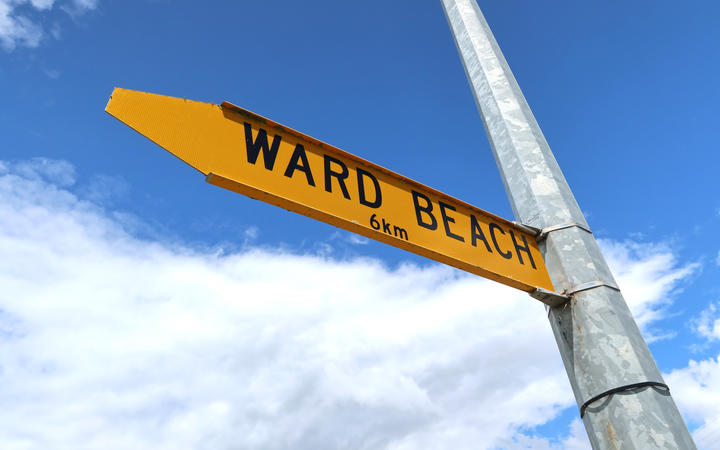 Burkhart Fisheries hopes to make peace with iwi leaders and conservationists who opposed its application to dig gravel from the northwest corner of Ward Beach, south of Blenheim, and restore its temporary launch site, in the hopes of avoiding a public hearing.

The company was left high and dry after the 2016 Kaikōura earthquake raised the region's coastline by up to three metres in places, leaving its normal launch site unusable, and boats unable to reach fisheries.

But Te Rūnanga o Kaikōura and Te Rūnanga o Ngāi Tahu made a joint submission against the application, as did two others, saying Burkhart Fisheries had not considered the effects their works would have on the coast's mahina kai (traditional food), ecology and cultural values.

Four supported the application, and one was neutral.

The rūnanga were concerned they could not consider the full effects of the activity on the beach, which was in a statutory acknowledgement area, and its values, as the application had "insufficient" information.

Burkhart Fisheries applied earlier this year to use a "large digger" to shift about 3500 cubic metres of gravel, then turn it into a causeway.

It wanted to do this up to five times a year over the course of a week for a duration of 15 years, so it could fish "without having to consistently reapply to council for a new [resource] consent", it said in its submission.

The East Coast Protection Group, which championed the preservation of the region's coast, also opposed the application, concerned the works gave "little consideration" to beach users, were backed by inadequate research, and would significantly disturb vulnerable birds.

Group chairman Rick Stolwerk said the application also did not attempt to avoid conflict with nesting birds in winter, unlike its last two previous consents, "with monitoring of effects limited to a few photographs".

Burkhart Fisheries' application noted that "a small number" of the threatened banded dotterel nested on the south end of Ward Beach, and said it would run a survey of birds within 100 metres of the proposed site before any works started during their nesting season.

It also proposed to "gently and slowly" remove seaweed and driftwood on the beach, so the invertebrates the dotterels fed on survived.

Forest and Bird top of the south manager Debs Martin said the group did not oppose the consent application "in theory", as it recognised Ward Beach assisted with the Burkhart Fisheries' boat launching.

It would be neutral to the application if consent was issued for five years or five-yearly reviews, access was limited to Burkhart Fisheries boats, and bird surveys were held closer to when works started.

The group complained to the council that Burkhart Fisheries bulldozers were threatening bird nesting sites in 2017 after it started dragging boats further up Ward Beach with bulldozers to a new launch site.

The company received permanent cease and desist orders from the Environment Court last August, around the same time their permission to make a temporary launch site back down the beach expired.

Flaxbourne Settlers Association member Stuart Oulton said the group supported the application, provided Burkhart Fisheries did not remove gravel north of the site, as this impacted "natural vista of [the] beach".

He said the Ward Beach and Cape Campbell fishery had been "highly productive" from the 1990s until rocks lifted by the earthquake stopped boats from launching about 65 per cent of the time.

If a solution was not found, it would become "Ground Hog Day again and again" for the company, which would have "far reaching" impacts.

He said if access to east coast fisheries was difficult or unsafe, this would place added pressure on stocks in the Marlborough Sounds.

Mr Wichman said since suspending the application, Burkhart Fisheries had compromised with Forest and Bird and amended its application.

"We have put that out to the other submitters that wanted to be heard."

The company was still waiting to hear back from opposers.

Its application would resume in September.