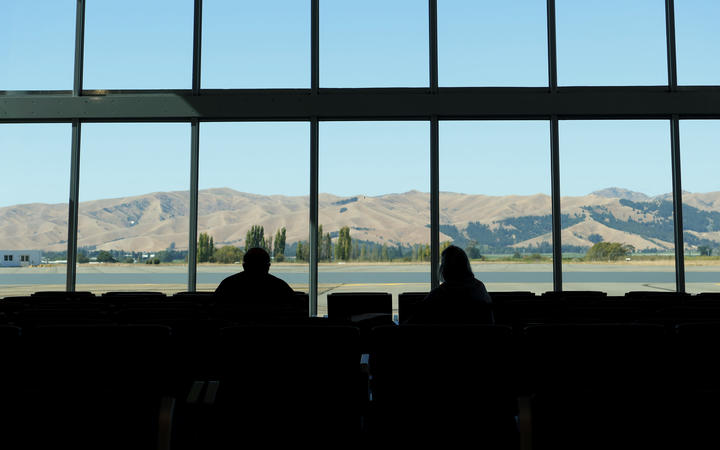 The airport, owned by the Marlborough District Council, is expected to make a "significant" loss this financial year as passenger numbers nosedive from 326,000 to 225,000.

The findings were featured in a report presented by council chief financial officer Martin Fletcher to full council this week on MDC Holdings Limited, the council-owned parent company of Marlborough Airport and Port Marlborough.

MDC Holdings had this year's statement of intent signed off by councillors in March, but it was tabled again this week after "signifiant changes" triggered staff to revise figures.

New Zealand had entered and left lockdown since its report.

"What this [statement] does is recognise the impacts of Covid-19 on both the airport and the port," Fletcher said.

"Marlborough Airport had no revenue for a time. We're slowly building up on that ... But we can't assume that we're going to have the same financial performance that we were forecasting pre-Covid-19 as what we have post-Covid-19."

Port Marlborough was expected to lose $3.6m following a drop in log exports and cruise ship visits to Picton, but would still end next June with a $13.4m profit.

About $3.2m would be paid to the council's MDC Holdings.

Fletcher said this was similar to last year's dividend.

The last nine cruise ships of the season cancelled.

The port expected only 12 cruise visits before next June.

At the same time, New Zealand's forestry industry faced export challenges to China after lockdown precautions resulted in almost no off take of logs.

Pressure eased after restrictions lifted, but Port Marlborough's log exports were still expected to take a hit, down from 720,000 to 600,000.

Councillor Mark Peters pointed out the port expected to be back to 720,000 log exports in the next two financial years.

"I think the statement of intent has conservative and realistic numbers... clearly a small drop off in profit is expected [at MDC Holdings]. It's a reasonably significant drop for 2020-21, but picking up in 2021-22 and 2022-23."

This would not impact the council's rates or debt.

Designs were still being finalised for Marlborough Airport's 300 new car park spaces. This week's report said the first stage of the parking expansion would cost less than $3.3m.

Marlborough Airport's annual report, released in June, said passenger numbers were tracking "strongly" until March, when the airport lost more than 90 percent of its average visitors.

Its annual report would be presented at the council's next planning, finance and communities committee meeting on 26 November, alongside Port Marlborough's annual report.

The council's annual report, presented this week, showed the council had $1.83 billion in assets, with a debt of about $20m.

It earned a total of $140m in revenue this year, with about 50 percent coming from rates. This was a drop from last year, when rates made up about 58 percent of the council's revenue.

The mayor's 'highlights of the year'