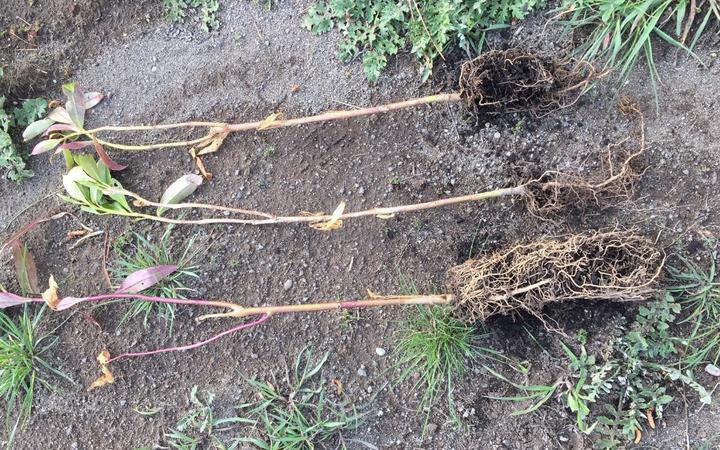 The damaged plants on the banks of the lake. Photo: Supplied

Earlier this month, volunteers on the Wairarapa Moana Wetlands project discovered uprooted plants and damage across the reserve near the lake.

It is not clear who is responsible for the damage.

The project aims to restore wetland plants to the lake's shoreline.

This means they are recognised as Wetlands of International Importance. 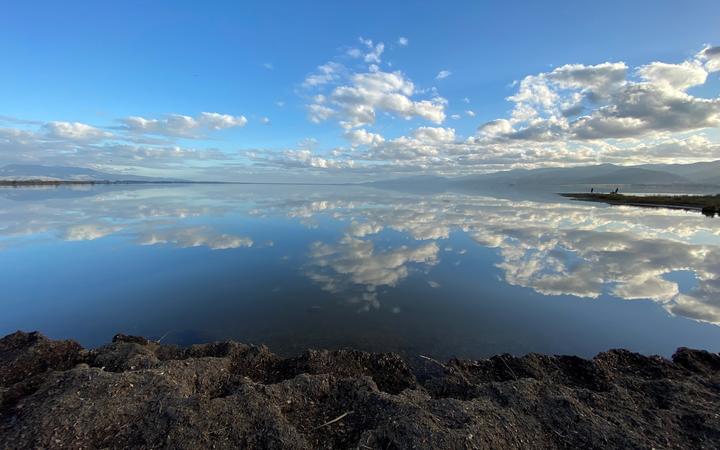 The New Zealand government must manage the area under the convention's guidelines, monitor them, and report back to the convention.

Late last year, locals complained to South Wairarapa District Council [SWDC] and police after more than a kilometre of double-width track had been graded for dirt bikes.

Complainants cited a perceived threat to health and safety.

The track, used by locals and visitors for many years, was one of Wairarapa's few training spaces for riders.

SWDC has since issued an abatement notice to the track administrators over any further work, and closed the track. 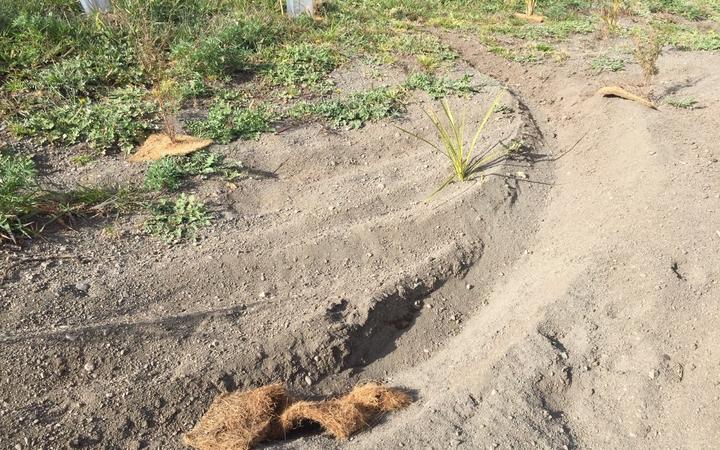 The council said the work had gone ahead without consulting stakeholders, including local iwi and the Department of Conservation (DOC).

More than 1300 people signed an online petition to reopen the course.

Any work at the lake or its banks requires consent from Greater Wellington Regional Council (GWRC).

SWDC and GWRC are part of the Wetlands project, alongside Rangitāne o Wairarapa, Ngāti Kahungunu ki Wairarapa, and DOC.

GWRC spokesperson Matthew O'Driscoll said locals had "donated their time and energy into re-establishing the habitats here which support our threatened native ecosystems".

"Unfortunately, there is repetitive damage happening to this section of the restoration area, including some wilful damage to the recent plantings at Lake Domain, and removal of temporary fencing and plant protectors.

"Project partners are exploring options to inform the public that this area is under restoration and motocross and vehicle use is not permitted in this area, as it can damage the wetland habitats and disturb wildlife.

"Currently project partners are taking an educational approach. However, if prohibited vehicles continue using parts of the track and further wilful damage occurs, more serious action may be taken." 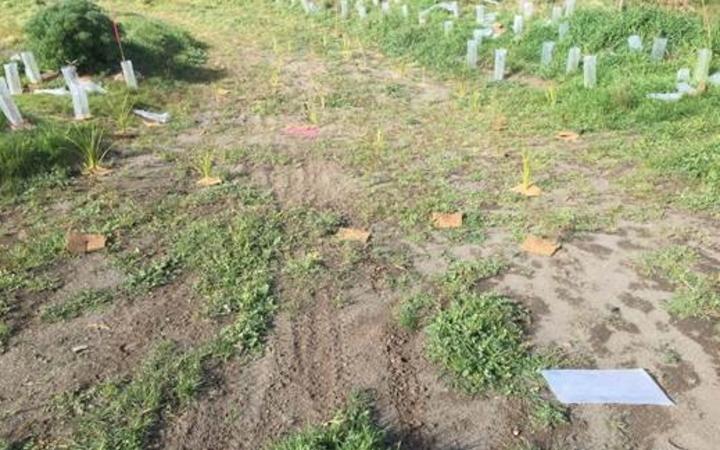 That "serious action" could find offenders in breach of the Resource Management Act.

"While education and information sharing is the preferred first course of action, South Wairarapa District Council could enforce their bylaws and Greater Wellington its regional plan rules," O'Driscoll said.

However, rulebreakers could be liable for fines, with legislation allowing for a maximum $20,000 penalty possible for serious breaches of the bylaws.