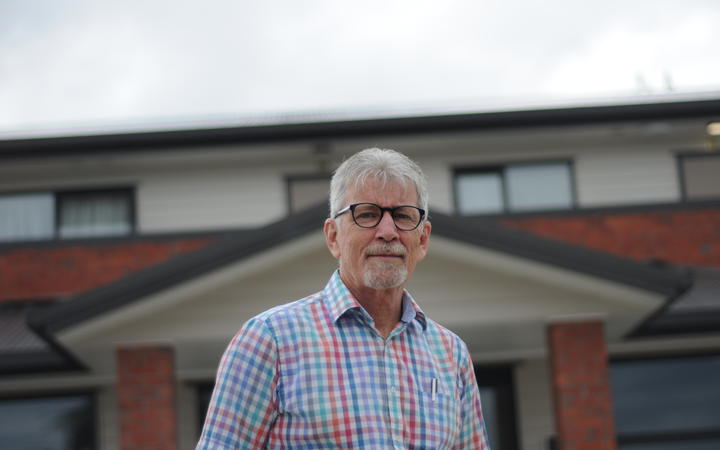 The trust has an office in Mangere's Windrush Close and sees people at the bottom of the cliff on a daily basis.

Smith said it takes calls from about 15 to 20 families a day. But it got up to 30 a day after the first lockdown.

"The sad thing for me is there's currently a lot of talk about the economy, but not a lot is being said about homeless families," he said.

According to the Ministry of Housing and Urban Development, the number of people in south Auckland on the housing waiting list increased by 36 percent from 2203 in June last year to 2987 in June 2020.

The number of Emergency Housing Special Needs Grants in south Auckland increased by 84 percent during the same period.

Smith said, while politicians blamed each other and attempt to rationalise why so many people were seeking housing support, the answer was pretty straightforward.

"People are coming forward because they are homeless," he said.

Smith said while the Government said it had built 4000 homes many of them were replacements for state houses that were demolished.

"So there's a bit of smoke and mirrors going on," he said. "This Government has over promised and under delivered.

"They are doing what they can with the resources they have, but they've really got to ramp things up."

Smith said to address the country's housing crisis, a New Zealand housing strategy was needed to look at homelessness, housing affordability and the other associated issues. He said it could set concrete targets and hopefully help remove the partisan bickering from the debate.

"We're sick and tired of all the politics around housing," Smith said. "We're dealing with real families who are in crisis. In the last year we had 1100 families come to us for help."

Chief executive Roine Lealaiauloto said most of the families it houses stay for up to 12 weeks and during that time the trust's staff help them find more long-term housing.

Unlike Smith, Lealaiauloto said she agreed with the Government's claims that more people were coming forward because they now saw state housing as an option.

"I think there's a greater awareness with people that they can go on the social housing register," she said. "We have an 0800 helpline people can call. Some of the people we deal with aren't homeless and they already have existing housing."

She said people living in Government social housing were only paying 25 percent of their income.

"And when people hear about that in the community of course they are going to want it."

But she said with the economy in a recession and more and more people seeking assistance there were added pressures.

"No one expected Covid-19 to come along and exacerbate things."

Public housing minister Kris Faafoi said there were a number of issues behind the continued growth in the housing waiting list numbers.

"The best way to address public housing demand and reduce reliance on transitional housing is to build more public housing and that is exactly what we are doing, having increased public housing places by more than 5300, of which over 4000 are new builds," he said.

"In addition, the Government has increased Kāinga Ora's borrowing capacity to enable it to help finance the building of 8000 more public housing places by 2024. And Budget 2020 allocated $570 million of Income Related Rent Subsidy funding to support that building programme, which is on top of the 6400 homes currently being built."

But Faafoi admitted there was still a long way to go.

"It is an important start and we acknowledge there is much more to do but we have the experience and commitment to continue this work at scale."

He said despite the disruption caused by Covid-19, the Ministry of Housing and Urban Development and Kāinga Ora were bringing more public and transitional housing on stream.