Middlemore Hospital's emergency department is giving non-urgent patients up to 500 free vouchers a month to encourage them to go to private accident and emergency (A&E) clinics instead for treatment. 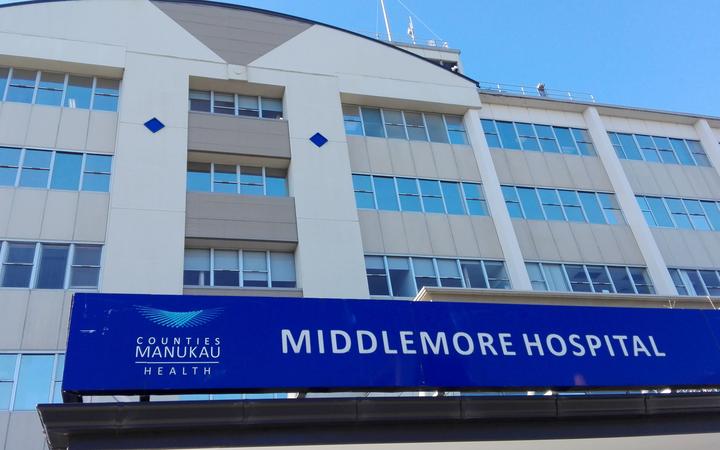 The vouchers, and the use of the Emergency Q app, were adopted as a result of work started two years ago on a plan to improve the care and flow of patients in and out of the hospital.

Counties Manukau District Health Board typically issues 200-300 vouchers a month and up to 500 at busier times.

The app, which is being used as part of a trial which was recently extended for another year, allows emergency department staff to advise patients of the wait times at local urgent care centres.

It also advises patients on whether they need to go to the hospital or visit an accident and emergency clinic.

A Counties Manukau Health spokesperson said the system ensured the emergency department was available for acute emergencies, while enabling non-acute patients to be treated at other healthcare centres without having to pay for the visit.

But the DHB isn't willing to say how much the vouchers cost each month, citing commercial sensitivity.

According to a report to the DHB's Hospital Advisory Committee, rolling out an upgraded version of the app could cost "several million dollars".

"It's better than not being seen at all and for some people who aren't well, but don't meet the strict definition of needing emergency care, it's a good option."

She said a lot of people went to hospital emergency departments for primary healthcare because they could not afford the cost of visiting their GP, or they could not take time off work.

"For emergency departments like Middlemore Hospital the vouchers are a good option, and for the patient it means less time spent waiting in accident and emergency," Dalton said.

"With Covid-19 and the need for social distancing, it's probably not a bad idea."

But she said the issue did highlight the need for free after-hours primary healthcare at public hospitals. This would allow non-urgent patients access to treatment without increasing the workload of emergency department staff.

However, not everyone is as impressed with the scheme. John Tamihere is the chief executive of the Whānau Ora Commissioning Agency which deals with Māori social service and health providers in South Auckland.

He has been a vocal opponent of the voucher scheme and said private after-hours health clinics are already subsidised by the DHBs and ACC for a lot of their patients.

The Emergency Q vouchers were just another top up, he said.

"It's because no-one wants the headache of running after hours services," Tamihere said.

He said such primary healthcare services shouldn't be a money-making exercise for private health clinics.

"They should make the services 100 percent publicly owned, instead of leaving it to private business interests."

A review of the New Zealand healthcare system, released in June, called for DHBs to be accountable for planning and organising primary healthcare services.

The Health and Disability System Review said DHBs should also have the flexibility to commission primary healthcare services that suit an area's needs.

"Services need to be located where they best suit the community and more services need to be open longer. As part of the planning and contracting process, operating hours for services within the network would be agreed with the DHB.

"This could mean, for example, some or all services being open earlier or later in the day, providing clinics at the weekend, or participating in outreach. It could mean aligning services' opening hours and workforce in similar locations and times, so a person or whānau can conveniently meet all their needs at the same time."