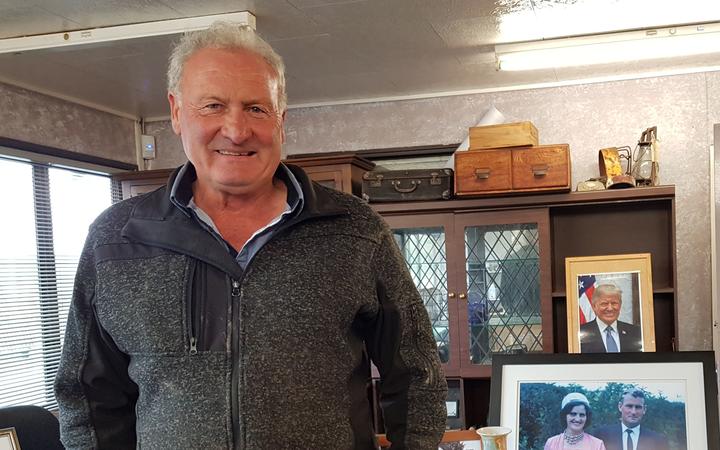 Cr Birchfield is a member of the Te Tai o Poutini Committee, which has just commissioned the first stage of the SNA research as it works on a combined district plan for the Buller, Grey and Westland councils.

The SNA process is one all councils in the country must undertake to protect dwindling indigenous habitat as part of the government's freshwater and biodiversity reforms.

In Birchfield's view there is nothing 'dwindling' about native forest or wetlands on the West Coast.

"As far as I'm concerned, it's theft. If the government wants to save this stuff it should buy it. No one's coming on to my land to look for SNAs," he said.

The regional council chairman works an alluvial gold claim near Hokitika and has farmland at Ngahere, where he also owns the former Grey River gold dredge.

The one plan committee has engaged a team of ecologists, Wildland Consultants Ltd, to do the initial research using Google Maps to find potential SNAs in a desktop survey.

One plan project manager Jo Armstrong said it would be in landowners' interests to allow an ecologist on to their property to check out the area of interest.

"If we can't go in and ground-truth it, it will be assumed to be an SNA, but if we can go in and analyse what's really there, we could find there is plenty of this in your area and we don't have to identify it as significant."

It would be helpful if the politicians encouraged landowners to go along with the process, Armstrong said.

Birchfield was having none of it.

"What is not right about this is that they are just looking at private land. You can't fairly assess how 'significant' something is unless you are looking at it in the context of all the conservation land as well and that's more than 85 percent of the Coast."

Armstrong said the committee was hoping to include DOC stewardship land in the SNA research but at present did not have the funds to do so.

Buller Mayor Jamie Cleine, who is also on the one plan committee, said there was an element of unease about the SNA process but the group had voted to go ahead because there was little choice.

"The reality is, this has to be done - councils were meant to have done it years ago, and it's best to embrace it, get on with it and make sure it's done properly rather than have something imposed on us."

Cleine said Birchfield had a point when it came to fairness.

"It would be fairer to assess (DOC) stewardship land as well because someone needs to decide if it's worth protection or not, and either lock it up or open it up so it can be used.

"But ratepayers should not have to have to stump up for that."