Marlborough's council is unsure it can deliver on plans to ban non-self-contained freedom camping vehicles without legal challenges. 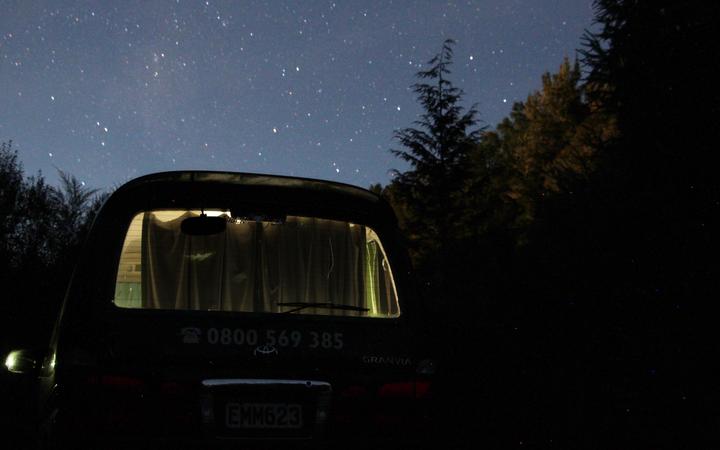 The Marlborough District Council wants to ban vehicles without toilets from its freedom camping sites under a draft bylaw, released last week. The bylaw was sparked by ongoing concerns that freedom campers were using Marlborough's green patches as a toilet.

The council's parks and open spaces planner, Linda Craighead, said at a public meeting in Renwick last Wednesday the ban was not straightforward, and the council anticipated legal challengers.

"As with a lot of legal matters, there are some lawyers who feel we can ban non-self-contained units, and some lawyers who think we can't. We're going to have a go and see how we do," she said.

Speaking after the meeting, Craighead said the Freedom Camping Act, which guided the bylaw review, said councils "must not absolutely prohibit freedom camping" in their regions.

"Some believe that if you make freedom camping self-contained only, you're prohibiting freedom camping for a number of people in the community, which goes against the act," Craighead said.

"Others argue that you're still making provision for freedom camping, just that it's restricted to self-contained. We already do other restrictions like limiting the number of vehicles at a site."

In order to receive a self-containment certification, vehicles must have a toilet, portable or fixed, which must be able to be used inside a campervan with "sufficient head and elbow room".

Under the bylaw, non-self-contained campers could be fined up to $200 by the council's freedom camping enforcement officers.

This was in line with neighbouring Nelson City Council's bylaw.

The council was aware of some individuals or organisations who might challenge their draft bylaw, but Craighead said challengers had to submit on the bylaw then take their case to the High Court.

One attendee said he was concerned campers would not use their toilets, even if their vehicle was certified as self-contained.

"I hear stories of these people hiring campervan rentals. There are companies that put a seal over the toilets in the van. These cheeky companies are saying; 'If you don't break the seal to use that toilet, we will give you that bond back'. It's wrong," he said.

The bylaw said it was an offence to improperly dispose of waste.

Craighead said infringement notices were "challenging" as the act prevented the council from fining more than $200. If the camper challenged the fine, it was not worth the costs of going to court.

A freedom camping report written by an independent expert earlier this year said the council's approach of 'educating first', rather than fining, had led to a lower infringement tally than other regions. Last summer, the council issued seven fines, while Nelson issued 245 and Queenstown issued just under 2500.

An audience member asked how the council would manage homeless people who did not have toilets in their vehicles.

The bylaw proposed no changes to the Renwick Domain camp site, which allowed up to 10 campers between 6pm and 9am.

Submissions on the bylaw would close on 7 September at 5pm.