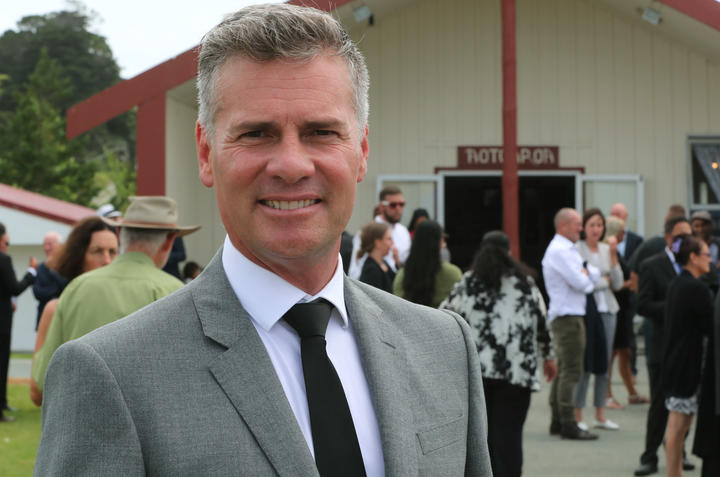 "What will these small rural places have to do, suddenly face the huge costs of getting reticulated water to their marae or country hall?" Smith said.

Lifestyle blocks and country schools not on reticulated water supply would be similarly affected.

"Will every village hall, marae, papakainga housing area then have to be chlorinated and fluoridated? All Northlanders need to be extremely concerned," he said.

The government recently announced New Zealand's biggest ever water sector shakeup with major reform of the way New Zealand's wastewater, stormwater and drinking water is managed. It wants to radically change the way the sector's set up with 67 providers nationally shrunk to just half a dozen entities.

Taumata Arowai, a new water services regulator has been set up among first steps, major reform discussions with Northland councils and others around New Zealand are now under way.

Brian Hanna, Three Waters steering committee independent chair, warned however that Northlanders' future access to safe drinking water would be under threat without major spending on water infrastructure that only bigger management organisations can afford.

"There's a risk of failure to meet safe drinking water standards, with potentially serious consequences for public health, the environment and the economy."

Hanna said millions of dollars was needed to maintain and upgrade Northland's infrastructure for safe drinking water into the future - part of as much as $574 million needed nationally.

They are among 67 providers countrywide the government wants to reshape into just half a dozen entities in New Zealand's biggest ever water sector shakeup.

Hanna helms the local and central government steering committee with a key role in making the industry shakeup happen.

It comes after Campylobacter in Havelock North's drinking water in 2016 killed several people and made more than 5000 sick.

Hanna said risks such as Havelock North were being addressed through government plans.

Hanna was in Northland recently as part of a nationwide 12-centre roadshow working on major reform of the way New Zealand's wastewater, stormwater and drinking water is managed. The roadshow started with a workshop in Auckland.

About 30 people including Northland's mayors, council chief executives and managers attended the across-council workshop in Whangarei. 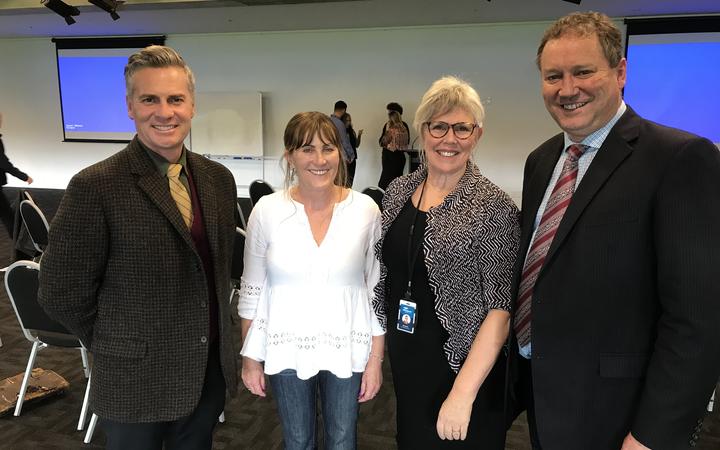 A supersized management entity combining the water sector of Northland's three district councils with Auckland Council, which runs its water sector through giant council controlled organisation (CCO) Watercare - is increasingly expected for the top of the North Island.

Mooted sector review options also include an even bigger single top-of-the-north entity adding Waikato and Bay of Plenty to the northern blend which would amalgamate at least a dozen councils' water sector infrastructure and provision.

"Under these super-regional entities water management will not be locally run," Smith said.

"Local people won't have any way of having their voice heard."

Northland was particularly at risk because it was distant from much of the more centralised decision making that would result.

"Local voices will just disappear as localism is diminished. Northland will be off the table for discussion, it will become no more than a rounding error," Smith said.

"People live locally, they don't live regionally. If we turn around and do a super-regional level water management body, places like Mitimiti and Pouto will disappear.

"There will be a blanket general approach that doesn't have local sensitivity, understanding, identity and values.''

Northlanders would face paying bigger costs and greater regulation from the waters changes, he said.

Hanna said major infrastructure spending was needed to meet new 2018 drinking water standards as a result of Havelock North. Many water treatment plant consents were due to expire and major spend would be needed to bring them up to these new standards so they could get a new consent to operate.

This situation was replicated around the country as New Zealand's ageing wastewater, stormwater and drinking water came up for replacement at huge cost.

The cost of doing this was already too great for some councils to bear. That problem would worsen into the future.

Significant extra costs would also be involved in making sure Northlanders' right to clean beaches without sewage spills into the future.

The government has just announced $761 million towards the reforms. This is to be split between councils as a sweetener towards the shakeup but councils must agree to sign up to participate in the water sector reforms to get a slice of the money.

Hanna said the new bigger top-of-the-north water management entity would have representation from each council, this weighted on a population and area basis.