The government has announced a multi-million dollar investment to upgrade under-pressure water systems across the country. 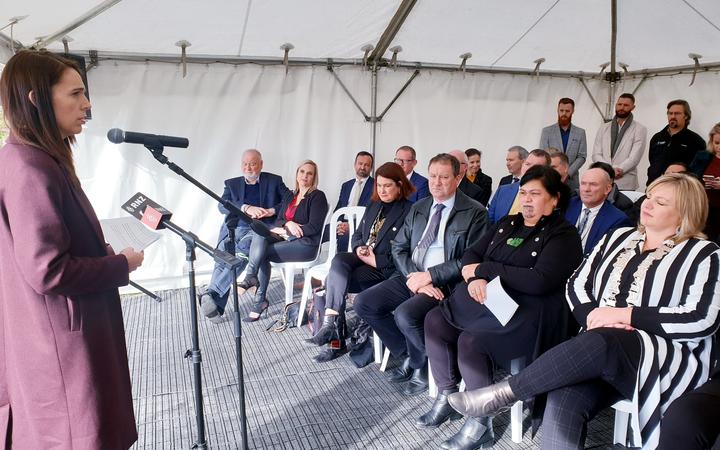 The announcement was made at the site of the water bore that was found to be the source of the fatal Havelock North campylobacter outbreak in 2016.

"Nationally the estimated capital costs of upgrading drinking water treatment plants to meet health standards is between $309 and $574 million. The investment will help to cover some of these costs," Ardern said in a statement.

Four years ago more than 5000 people got sick and up to four died in the Havelock North campylobacter outbreak and we don't want to see that happen again, she said.

"Our problems with drinking water aren't limited to the Hawke's Bay. At least 34,000 New Zealanders become ill from drinking tap water every year and many communities around the country cannot drink their water without first boiling it."

Ardern said councils which own and run water services need assistance to maintain or renew infrastructure.

In particular rural councils with small ratings bases could not afford the investment needed to upgrade their water infrastructure, she said.

"For example Hawke's Bay councils will receive in the region of $50 million between them to assist with their water infrastructure upgrade work."

Councils must opt-in to the government's wider water reform programme to get the cash.

There were "massive looming costs" across the three waters networks and the current service delivery arrangements, particularly for the smaller rural and provincial councils, were not well-placed to meet these, Mahuta said.

"We want to see new arrangements made that provide scale in the form of public multi-regional water entities - and take account of catchment-related and communities-of-interest considerations."

Mahuta acknowledged the progress that Hawke's Bay's councils had already made towards investigating shared service arrangements saying it would put them in an excellent position to consider the advantages of the reform programme.

"New Zealanders in all our communities have every right to turn on the tap and drink the water in the knowledge that it is safe. We also want to be able to swim in our rivers and lakes and go to the beach and gather kai moana without getting sick."