A Rotorua councillor has been criticised for not stepping back from the decision-making table after making a public submission on a controversial sewerage management proposal. 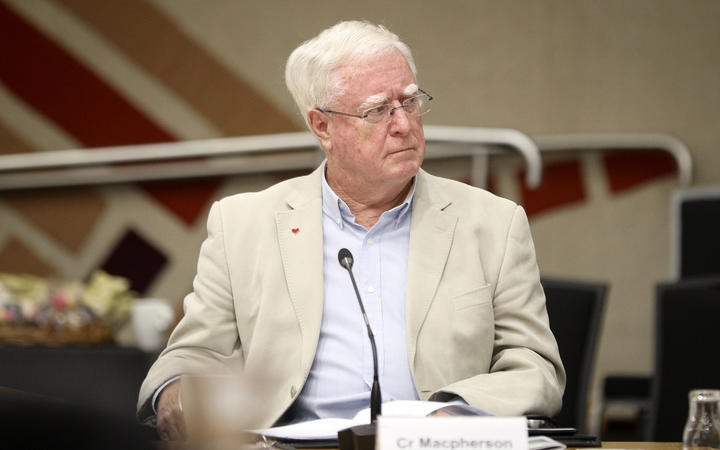 Councillor Reynold Macpherson says his submission to a council hearing did not constitute a conflict of interest. Photo: Rotorua Daily Post / Andrew Warner

Councillor Reynold Macpherson made a submission to the Rotorua Lakes Council - of which he is a member - on a proposal to outsource sewerage management at a hearing session today.

Hearing chairwoman Merepeka Raukawa-Tait told the meeting it was unusual for a councillor to submit on a proposal and asked if he had a conflict of interest.

Macpherson shook his head, indicating no.

Council chief executive Geoff Williams said he had received legal advice on the matter and that had found it was unlikely a court would accept that Macpherson could both come to a final view as a private citizen and also remain open to persuasion as an elected councillor.

"Councillors are obliged … to listen with an open mind," Williams said in the hearing.

"They are still obliged to ensure … they listen with an open mind to submitters.

"The legal advice points to the fact that if a councillor has a very clear, definitive view on a particular matter and submits that view to council, the question is would a reasonable person say that the party would vote according to their submission or are they open to alternative points of view from other submitters?"

Williams said the legal advice had stated that was a "situation where predetermination was likely to occur".

According to guidance published by the Office of the Auditor General, predetermination referred to when an elected official had or was perceived to have, a "closed mind" to issues before hearing all relevant information.

Williams said the resolution was "easy" in that a councillor could then "step away from the decision-making process to ensure that conflict [does] not become real".

Raukawa-Tait said she would not allow a submitter to sit at the table and question other submitters.

"That would be highly inappropriate and totally unfair for the other submitters."

Mayor Steve Chadwick asked if that meant the submitter would have to leave the room. 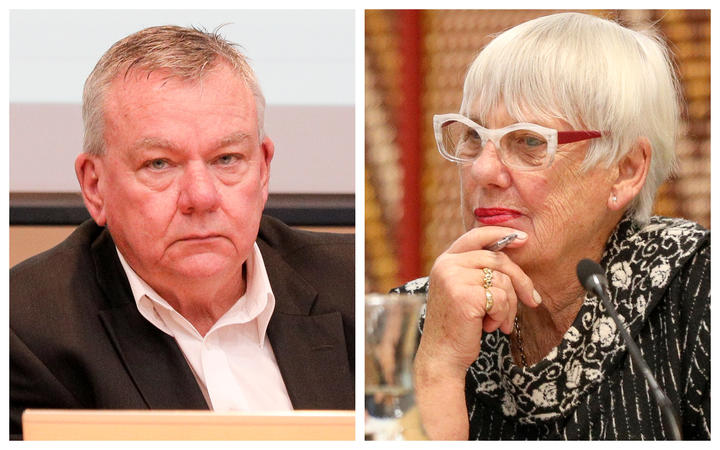 Raukawa-Tait said she would not "want to enforce that" and while that would normally be the case, she understood Macpherson wanted to remain at the table and she was "not going to make a big issue of it".

Rotorua Lakes Community Board chairman Phill Thomass said in the meeting Macpherson staying at the table was "totally inappropriate" but Raukawa-Tait said it was "not up for discussion".

Macpherson was last to submit on the proposal in the three-hour meeting.

He began his submission requesting a powerpoint presentation he had prepared be shown, but it was not put on the screen in the chamber.

He said he was "puzzled" by that.

"I regret, enormously that you haven't been prepared to present using the same sort of facilities available to council officials but have denied me, I think that is quite wrong."

That elicited the first of three points of order from Chadwick during Macpherson's submission.

"Mr Macpherson, today you're a submitter like every other submitter, and we've given the tolerance of hearing your submission."

Macpherson said "as a private citizen, I deserve the title Dr Macpherson. It's a hard-won title and I'd like that to be respected".

Chadwick's next point of order came 30 seconds later after Macpherson indicated he had heard more viewpoints from the community since he had made his written submission and wished to expand on them.

Before she could express what it was, Macpherson asked "is this going to continue, is it? More and more points of order"?

Chadwick said the council had received the submission and he could not put subsequent points to a submission.

"No other submitter's done that. You must present just like other submitters, you can't keep it developing because of consultation. We've received your submission, that's what we're considering, please stick to that."

Macpherson asked if he "might actually make [his] submission without this barrage of interruptions".

Chadwick's next point of order regarded Macpherson referring to the comments of other people.

"These are comments from other people. This is not, uh Dr Macpherson's submission.

"These seem to be subsequent comments, they should be ruled out of order."

A copy of a letter addressed to Macpherson from Williams on the issue of predetermination has been obtained by the Rotorua Daily Post, along with copies of the legal advice sought by Williams.

In the letter, dated 22 June, Williams says Tomkins Wake lawyers had proposed that a court was "more likely to find that in expressing your view in your submission, you are committed to opposing the current proposal and will not vote inconsistently with the position expressed in your submission".

"It is untenable that you, as an elected member, listen with an open mind to [other] submitters."

In the letter, Williams said he had also sought legal advice on Macpherson's submission on the 2020/2021 draft annual plan as well as his filing opposition to the council's consent applications for the wastewater treatment plant upgrade.

"Whilst there are some differences … your actions create risk for council decision-making on the basis of predetermination.

"My advice to you is that it would be prudent to declare an interest regarding these matters and withdraw from decision-making."

"I question the ability of Councillor Macpherson, as the submitter, remaining at the [council] table," Trumper's letter, sent on 19 June, read.

She did not know what influence Macpherson's fellow RDRR members, councillors Peter Bentley and Raj Kumar had on the submission, and so would not make a request for their recusal.

"There is more than enough evidence of a predetermined position."

Trumper said in the letter a precedent had been set in 2017 when the community boards and Te Tatau o Te Arawa had made submissions to the council. In those cases, representatives did not sit at the council table "because the perception could be we had a predetermined position".

"While the matter of not being able to compel someone to declare a conflict of interest is somewhat a grey area and one that is left up to the integrity of the individual, I have grave concern that [Macpherson] will endeavour to use this as a political grandstand opportunity."