Some travellers returning to New Zealand have been "shocked" by a last minute announcement that their Covid-19 quarantine would be in Rotorua, not Auckland. 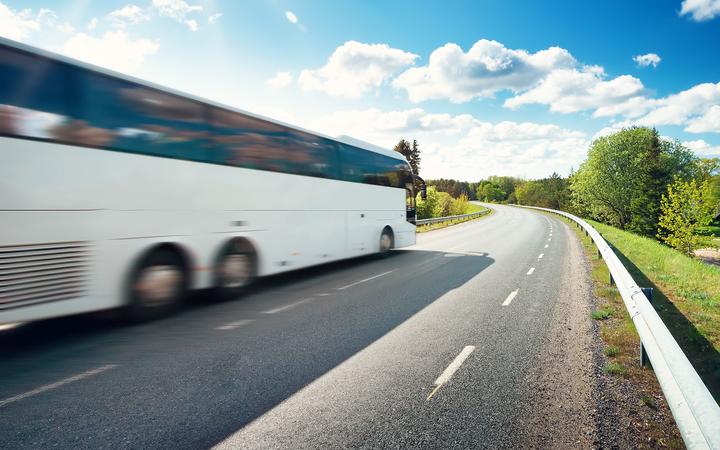 New arrivals into New Zealand were 15 minutes into a bus ride before they were told they were going to Rotorua. Photo: 123rf.com

Some people transported to Rotorua told RNZ they should have been given more information about where they were going before their journey began.

Connor arrived in Auckland after a 40-hour trip from London, via Doha and Sydney.

He said he and other travellers were expecting to be taken to a hotel in Auckland.

But it was announced about 15 minutes into the bus ride that they were going to Rotorua instead.

"I know a lot of people were shocked, some were in a little panic, but once we settled into the bus ride everybody calmed down and accepted that we were coming to Rotorua."

Connor said people understood that hotels in Auckland were full and they needed to be taken somewhere else for their managed isolation.

A woman on the same flight said people on her bus had initially thought it was a joke when they were told they were going to Rotorua.

"It wasn't until we were out of the Auckland city limit that we understood we were actually going to Rotorua."

She said people should have been told before they got on the bus, so they could use the bathroom or grab water or a snack at the airport.

"It was pretty shocking that we were treated that way and I felt really, really bad for families with small children who were on my flight," she said.

"We felt like we were being kept in the dark and now we don't know if we'll be taken back to Auckland at the end of the quarantine process either."

The woman said some people had already made plans for after the 14-day quarantine period, based on the assumption they would be in Auckland.

Both the woman and Connor said once they arrived at the hotel in Rotorua, the staff had been helpful and things were running smoothly.

Defence Force and police personnel are on site.

There are now two hotels in Rotorua and 18 hotels in Auckland and Christchurch being used for managed isolation and quarantine.

Webb said people in the hotels in Rotorua would receive more detailed information today and have a chance to seek welfare support and ask questions.

"We do acknowledge that those arriving on this flight had an expectation they were completing their managed isolation in Auckland. However, an increase in arrivals returning to New Zealand has required alternative plans to be put in place," he said.

"We are working to address capacity due to the increase in arrivals, and may look to other regions to help accommodate future arrivals."

People on the bus were able to use a bathrooms in Waharoa and these were cleaned after their stop, Webb said.

Earlier this week, Director-General of Health Ashley Bloomfield said Auckland hotels were reaching capacity for managed isolation and other options were being looked at.

That included transferring dozens of people to Christchurch.