By RNZ and Stuff

Acclaimed New Zealand musician Aaron Tokona, who played in influential bands such as Weta and Fly My Pretties, has died aged 45. 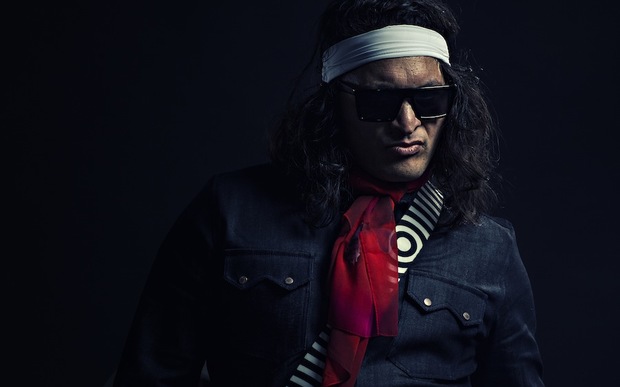 Tributes to Tokona, who also performed in AHoriBuzz, are being shared.

On Twitter, music industry executive Morgan Donoghue said: "Terribly sad news my dear friend from school and one of the most talented musicians I know Aaron Tokona died of a heart attack today.

"Last time I saw him was at my 40th where he played with Dave Dobbyn, Hollie Smith, Che Fu.

"Rest In Peace and music my bro."

Donoghue told RNZ the news of Tokona's death yesterday was beyond comprehension.

"We've lost one of New Zealand's greatest musicians. He truly was someone that could just light up a room and could play any song at all, without really practising it, just by ear. It was incredible."

"Processing the terrible news that the wild, crazy, fruity, explosion of a frontman with a bottomless pit of talent Aaron Tokana has died suddenly.

"The singalongs in my backyard with Aaron playing guitar for hours on end a precious memory. RIP e hoa."

Weta, a four-piece rock band formed in Wellington, had a platinum album with Geographica, which featured the hit 'Calling On'. Tokona was lead vocalist and guitarist.

Processing the terrible news that the wild, crazy, fruity, explosion of a frontman with a bottomless pit of talent Aaron Tokana has died suddenly. The singalongs in my backyard with Aaron playing guitar for hours on end a precious memory. RIP e hoa.https://t.co/cuDyEKaw4p

Tokona also played guitar for Bongmaster and a number of the Fly My Pretties shows and recordings, as well was with drummer Nick Gaffaney in hard rock duo Cairo Knife Fight, before forming funk project AHoriBuzz.

In a 2000 interview with The Press, at the peak of Weta's popularity, Tokona spoke of how thankful he was for his career at that stage.

"We've been very fortunate, very lucky. We've got amazing managers and the support of a big record company (Warner Australia), and it's just, like, the attitude is that we're just gonna have a really good time and just cruise with it, because tomorrow you never know."

The band relocated to Melbourne, but broke up in 2001, after more than two years of touring.

In 2015, Tokona talked to RNZ's Kim Hill about having and managing bipolar disorder while maintaining a successful music career.

"[After] years and years of that stuff, you learn what it is like being inside the fire when you're on the other side of being completely out of control.

"I don't fear it any more. When you've felt the flame of how something like that can cause so much pain and suffering for yourself and others, you will do what you need to do - for you - to get to that place."

Tokona said it was not hard for him to speak out about mental illness, because his public profile put him in a good position to reach out to others.

"The thing about this disease or illness is that, it's a lonely one for most, and people are scared of themselves, let alone having the courage to reach out to people through fear of rejection and fear of lack of understanding. So I have a lot of people who contact me via Facebook, and I have this dialogue with people, which is great. It's helped me, being in that position, it is a privilege."

Tokona shared a flat in the city with Shihad's Jon Toogood and Tom Larkin, which he said in 2000 was good fun and good creatively.

"We've got two studios in the house, so it's a really creative environment, and those guys are like family - we've been friends for years," he said.

"The trends come and go, but guitars will always be here to the end.