Aotearoa lost two true guitar heroes this week in Kemp Tuirirangi (71) and Aaron Tokona (45). Born a quarter century apart, they died within a day of each other, on the19th and 20th June respectively. Nick Bollinger celebrates their skills. 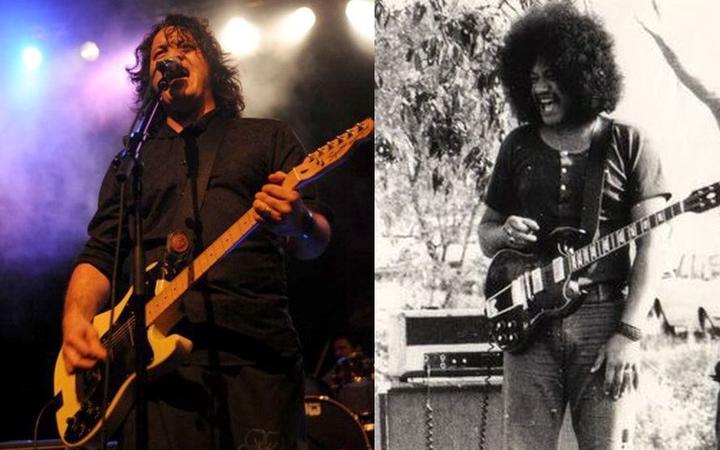 I met both Kemp and Aaron over the years, and experienced the same warmth, humour and generosity their friends  speak of, but it’s their music I want to celebrate here. It was a gift that each of them shared unselfishly with anyone who wanted to listen; a gift that enriched the lives of thousands of people they never even knew.

Aaron Tokona first gained attention in the 1990s and early 2000s as guitarist and frontman of hard rockers Weta, and went on to play in a variety of settings, from the Fly My Pretties collective to the power-duo Cairo Knife Fight, to his own ever-morphing psych-rock-soul band A Hori Buzz. And he helped fuse rock with electronica as a member of Bongmaster, alongside members who would go onto form Fat Freddy’s Drop & Trinity Roots. 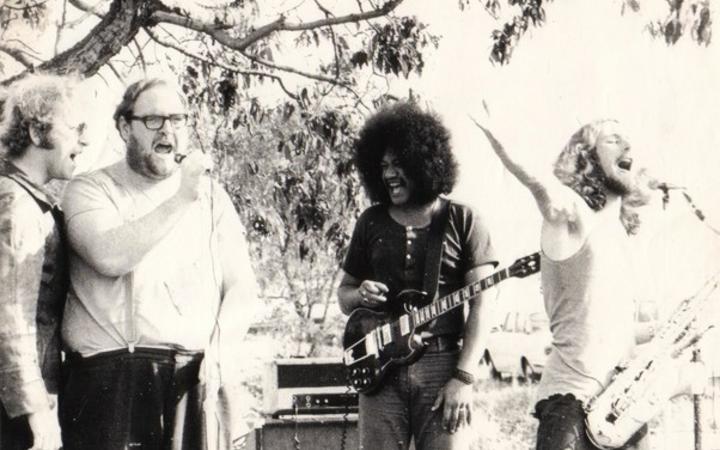 Kemp Tuiriangi started out in the early 60s, modelling his playing, like so many guitarists at the time, on the clean picking of the Shadows’ Hank Marvin. As the decade wore on he added fuzzbox and wah-wah pedal to his armoury, embraced new directions in rock and wound up touring New Zealand and Australia with Bruno Lawrence’s Blerta. After that he remained a fixture in Wellington for decades, including spells with club bands Tanglefoot and Crazy Mama and, more recently, his own outfit, the appropriately named Kemptones.

Despite an age gap, Aaron and Kemp were, in crucial ways, cut from the same cloth. It was not just that they were both Maori, both guitarists, and both from the Wellington region. (Kemp grew up in Masterton, Aaron in the Hutt Valley.) They were both exceptional musicians. And they made it look easy, even when what they were doing was damn near impossible.

Both could play in any number of styles, including their own. But if they shared a common reference point it was Hendrix. Kemp had been part of the first wave of New Zealand musicians to pick up on the guitarist’s sonic and melodic innovations. Like many of them, he even adopted the Hendrix ‘afro’ look. Twenty years later, Aaron, still a Hutt Valley schoolboy, was getting noticed as the kid who could play ‘All Along The Watchtower’ with all the fire of a master.

I once had an uncanny experience in the Auckland studios of RNZ. I had spent the morning in a soundproof room, editing a programme about the legendary New Zealand band The Human Instinct whose guitarist Billy Te Kahika was sometimes referred to as ‘the Maori Hendrix’, listening to his 1970 tour-de-force ‘Stoned Guitar’. Taking a short break, I turned off the music and opened the door, only to hear what seemed to be the same sound coming from another studio at the opposite end of the corridor. Discombobulated, I ventured towards the source, only to find Aaron Tokona, hunched over a guitar, his amp turned up full, coaxing Hendrix-like tones from his equipment. He laughed with delight when I told him how confused I’d been.

The first time I heard Kemp Tuiriangi I was still at school. Blerta, with their multi-media theatrics, tended to play in places like the Concert Chamber or St. James Theatre rather than pubs, which meant they were one of the few bands I could legally go out and see. That was lucky, because there wasn’t a better show in town; anarchic, outrageous and intensely musical.

Kemp’s solos were a highlight and were always dazzling, but my favourite one was on a group original called ‘Freedom St. Mary’s’ where his fingers would fly about the fretboard and the notes seemed to spin into orbit. ‘Dance All Around The World’ had been Blerta’s big hit single, but ‘Freedom St. Mary’s’ was on the B-side and that was the one I played until I wore it out.

Kemp and Aaron. Rest in peace.

Actually, on second thoughts: rest in a cosmos of endless, beautiful guitar solos.