A Hori Buzz - Nation of The State 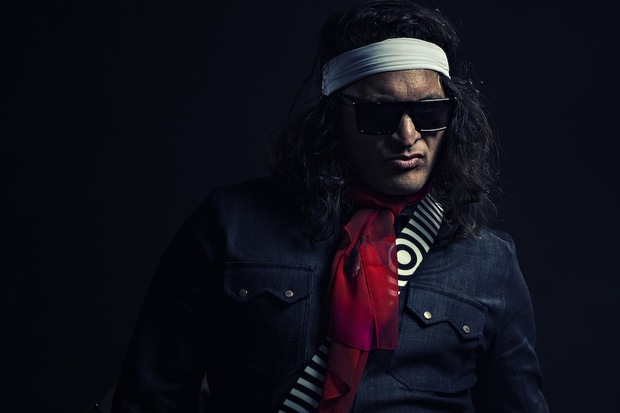 The line-up behind funk’n’soul outfit AHoriBuzz is an ever-evolving one, but its one constant is Aaron Tokona.

On the back of the release of AHoriBuzz’s Into the Sunshine EP, Tokona is taking to the road on an epic 53-date calendar of shows dubbed Nation of the State.

He talks to Sam Wicks about his unfiltered, undiluted approach to music and opinion-making, and the motivation behind this grueling tour.

Aaron Tokona has made his musical mark under a variety of guises: as frontman for rock quartet Weta, guitar slinger-for-hire with Bongmaster and Fly My Pretties, and as co-pilot of hard rock duo, Cairo Knife Fight. But now, with his project AHoriBuzz, Tokona’s in full control for the first time, assembling a band (Joe Kora, Kora; Aaron Codell, Heavy Metal Ninjas) around his own jam-based funk, rock and reggae tracks.

Named for his bass-playing cousin Hori, Tokona’s solo project also willfully plays with the word ‘Hori’: despite being simply the Māori word for George, the term has been wielded as a racial slur. Like Dam Native’s 1997 cut, ‘Behold My Kool Style’, which sees rapper Danny Haimona announce himself as ‘the Horified One’, Tokona is reclaiming the name.

“The phrase is, ‘Oh, you bloody Hori’, which to me has always been about describing the uniqueness of the Māori sense of humour, and the ways that Māori laugh and kerfuff about things,” says Tokona.

“It didn’t actually truthfully occur to me that it had racial ramifications about it until someone pointed it out to me, because I don’t live in that space… a Hori to me is the funniest sides of turning a coat hanger into a car aerial, that Billy T. James depicted so beautifully in his comedy sketches, you know? That’s hori-as.”

Currently crisscrossing the country on an epic 53-date run of shows dubbed Nation of the State, Tokona says there’s method behind the madness of AHoriBuzz’s ambitious long haul.

“Usually going on tour’s such a shameless self-promotion. You know, you go make an album, you go out on tour, you pimp it around. [But] the intent for me is different here. We’ve made the ticket prices really cheap, we’ve made merch and all the T-shirts really cheap – just trying to make it accessible for people. That’s an intent I can work with.”