Budget cutbacks due to the Covid-19 pandemic have forced Auckland Council to devise a new business case for its planned South Auckland services hub. 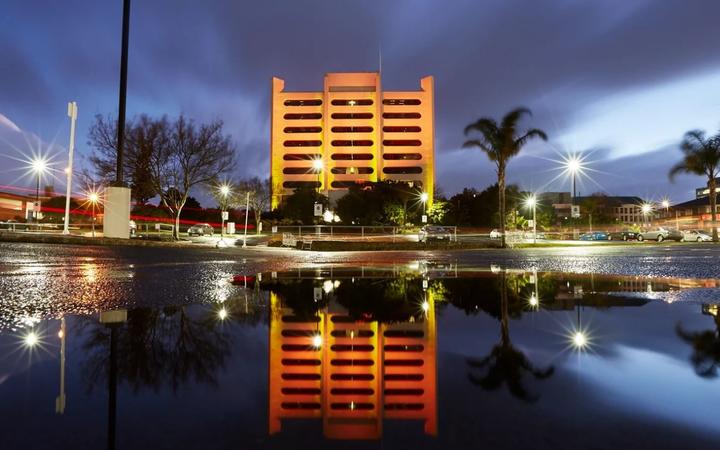 The Manukau Civic Building which Auckland Council had hoped to extend so it could relocate some of its staff. Photo: Supplied / LDR

The project was part of Auckland Council's wider plan to increase efficiencies and offer more flexible services for customers. Under the proposal the council would sell a number of properties in the Auckland area and consolidate its key operations into three regional hubs.

Staff from the consenting, compliance, licensing and support teams were expected to be relocated to a planned extension of the nearby Manukau Civic Building, but according to the council's head of corporate property Rod Aitken it is now reviewing the proposal.

"Auckland Council's southern hub project has been paused while we revisit our requirements, and put a revised business case together," Aitken said. "We hope to have this completed over the next few months."

A council spokesperson said because the proposal was still a work in progress, details around timeframes and budgets would not be finalised until the 2020/2021 budget was approved.

A 2018 report to the council's Finance and Performance Committee which looked at its property portfolio said it was facing a mountain of deferred maintenance that was impacting on the working conditions of staff.

"This 'maintenance mountain' appears to have been caused by a historic and continued under-investment in our corporate buildings," the report said.

"In many of our buildings we are forcing our staff to work in old, unproductive legacy working environments that owe their design origins to last century work practices."

The southern hub is one of a number of major projects that are facing funding cuts as part of the council's emergency budget.

Auckland mayor Phil Goff announced last month the council was predicting a shortfall of over $500 million in revenue over the next financial year as a result of the Covid-19 crisis.

This has meant the council is looking at cutting costs and deferring projects as it seeks to make up for the projected drop in revenue.